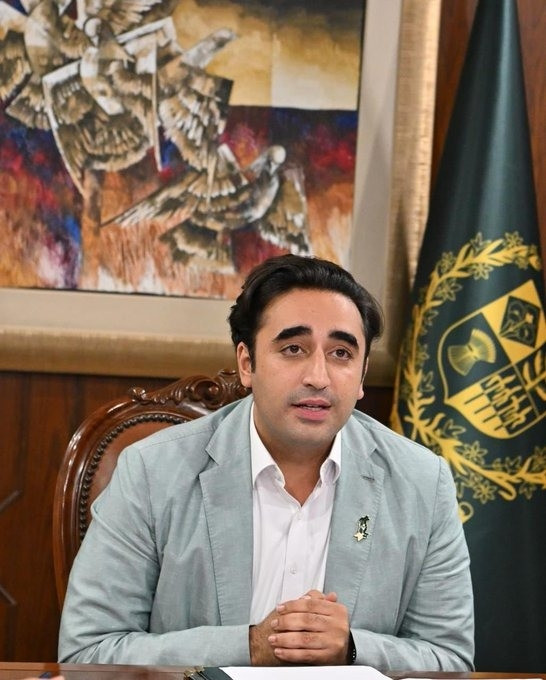 Karachi, May 14
Pakistan Foreign Minister Bilawal Bhutto Zardari has said that the attack on Chinese teachers in Karachi University will be treated as an attack on family, Samaa TV reported.
He was addressing a condolence reference held for the Chinese teachers killed in the suicide attack at the Confucius Institute in Karachi University last month.
Four persons, including three Chinese nationals, among them the director of the institute, were killed when a female suicide bomber detonated a bomb targeting a van carrying the Chinese teachers.
Zardari compared the slain Chinese teachers to his sisters Aseefa and Bakhtawar.
"I would like to tell the Pakistani people that Ms Chan, who was teaching Chinese language to Pakistanis, was born in 1994. My sister, Aseefa, was born in 1993. Ms Ding, who was also here to teach, was born in 1990. My sister, Bakhtawar, was born in 1990.
"Just think about this, these people had left their homes to come here to earn, to teach our people, creating job opportunities for our people," Zardari said, adding that this attack is not on these individuals only, it's an attack on Pak-China friendship.
"Now it's the responsibility of every Pakistani that we pursue this cause as if our own brothers and sisters were attacked," he added, Samaa TV reported.