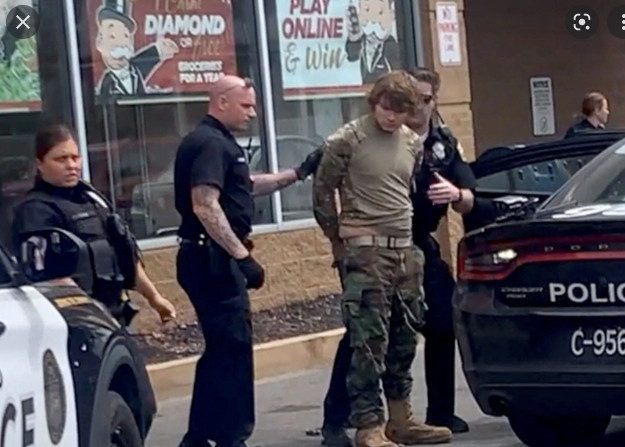 New York, May 15 (IANS) At least ten people were killed by a gunman in a supermarket in Buffalo, New York state, local media reported.

The gunman opened fire after entering the supermarket located at a neighborhood dominated by black people, Xinhua news agency reported.

The shooter has been taken in custody, tweeted Buffalo Police Department.

US President Joe Biden has been briefed on "the horrific shooting" in Buffalo, according to the White House.

Biden "will continue to receive updates throughout the evening and tomorrow as further information develops," White House press secretary Karine Jean-Pierre said in a statement.

The gunman is a white man in late teens or early 20s wearing a black helmet, according to a report by the New York Post citing two witnesses of the carnage.

An investigation is under way to check if the gunman posted a manifesto online and the shooting was believed to be live-streamed, said the report, citing a local enforcement official.

Investigators are also working to know if the shooting was racially motivated, the report added.

New York Governor Kathy Hochul, who was born in Buffalo, said she is on the way to Buffalo to assist with the response to the shooting.

More than 28,000 people have died or been injured due to gun-related incidents in the US this year, according to a database run by the nonprofit research group Gun Violence Archive.