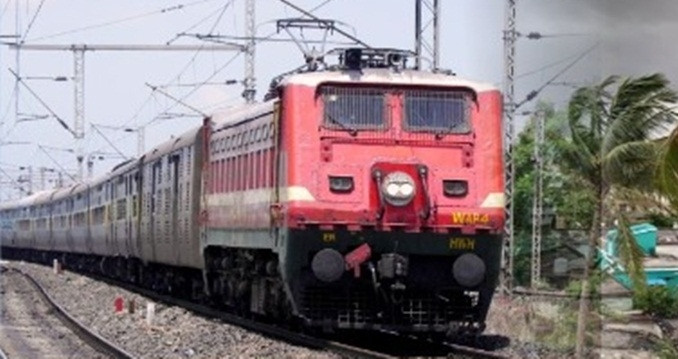 Hyderabad, May 25
Railway rolling stock manufacturing in Telangana is set to get a major boost with Swiss firm Stadler Rail on Wednesday announcing a manufacturing unit in joint venture with a local player.
The joint venture between Stadler and Medha Servo Drives Pvt. Ltd will invest over Rs 1,000 crore over a period of two years into the manufacturing centre. The Swiss firm will be the majority stakeholder.
Though the rail coach factory promised by the Centre has not come up even after eight years, the state has succeeded in attracting private investment in the sector.
Medha has already established a modern rail coach factory at Kondakal in Rangareddy district near Hyderabad, now the joint venture between Stadler and Medha will give further impetus.
The announcement of the joint ventures was made in the presence of Telangana's Industry Minister K. T. Rama Rao and Stadler Rail Executive Vice President - Sales and Marketing, Ansgar Brockmeyer at Davos.
This unit is expected to create employment for over 2,500 members from the state. This centre is set to be of extremely high importance to Stadler and Medha Servo as this will be the primary site of manufacturing for their tenders not only from India, but also for their customers across the Asia Pacific region.
"This will show the world the potential that Hyderabad has, to match global investment destinations in terms of quality of talent and output," said Rama Rao.
"This unit will be one of the most important centres for us as we plan on scaling up activities in India and in the APAC region. We are very happy with the support provided by the Government and look forward to more business out of the region," said Ansgar Brockmeyer.
KTR, as Rama Rao is popularly known, had recently declared that Medha's unit is ready for opening.
The private rail coach factory will have a production capacity of 500 coaches and 50 locomotives per year.
It was on August 13, 2020 that Rama Rao had laid the foundation stone for the factory. Spread over 100 acres, the factory will develop all types of railway rolling stock including coaches, train sets, locomotives, metro trains and monorails.
The plant with employment potential of 2,200 is expected to give a big push for the manufacturing sector. It will meetAfuture requirements of Telangana of not just metro and mono rails but also high-speed trains.
Wednesday's development came as another shot in arm for Telangana, which has been attacking the BJP-led government at the Centre for going back on the commitment to set up a rail coach factory at Kazipet.
Rail coach factory at Kazipet was one of the promises made to Telangana when it came into being as a new state in 2014. However, there has been no progress on the front though the state government had allotted 150 acres of land for the purpose and also released Rs40 crore towards its component for the plant.
Meanwhile, KTR announced that Schneider Electric will expand its operations in Telangana by setting up a second manufacturing facility.
KTR met the leadership of Schneider Electric on the sidelines of the World Economic Forum 2022 in Davos. Schneider Electric is the global leader in digital transformation of energy management and automation with presence in over 100 countries.
KTR along with Schneider Electric's Executive Vice President Luc Remont, announced Schneider Electric's expansion and commitment to the state of Telangana by setting up the second state-of-the-art manufacturing facility in Hyderabad.
KTR said that as Telangana continues to grow companies like Schneider Electric will play a crucial role in meeting energy management and automation needs of our industries and factories. Schneider Electric while doubling its capacity with its second manufacturing facility in Telangana would help create additional 1000 jobs.
The company would manufacture breakers, connectors and switches for energy management and automation products from its new facility.