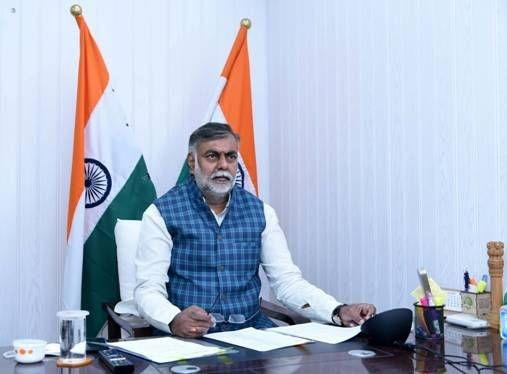 New Delhi, May 26
Union Minister of State for Food Processing Industries, Prahlad Singh Patel on Thursday said that the Centre will encourage and promote not just the production of millets but also processed millet products for the global market.
"Next year, i.e. 2023, is the International Year of Millets. India produces 40 per cent of world's millets. Our government has made tremendous efforts to promote millets and not just for production but also for processed millet foods for supplying to international markets," Patel told mediapersons.
Patel was speaking on the sidelines of the first Plant-Based Foods Summit organised by Ministry of Food Processing Industries (MoFPI), Agriculture & Processed Food Products Export Development Authority (APEDA), and Plant Based Foods Industry Association (PBFIA).
In his speech, he batted for millets and spoke of the parameters and enabling factors by APEDA for millets and plant-based food and such processed food.
"Our Ministry has been allotted over Rs 10,000 crore for promotion of this kind of food. The only condition is that the company should be Indian," Patel said, and gave example of several traditional Indian food items that just "need to be validated by scientific documentation of traditional practices".
"India has traditionally been a supporter of plant-based food. It has been our strength," the Minister said and assured support for the plant-based industry.
Sanjay Sethi, Exective Director of PBFIA, appealed to the animal-based food industry "to not look at us as competitors but rather as a younger brother" and also suggested hand-holding for the nascent industry.
With sustainability and human health as key driving forces behind the activities of the Association, the foremost aim of PBFIA is to make plant-based foods mainstream while providing new avenues for economic growth.
Inoshi Sharma, Executive Director, FSSAI, pointed to the increasing disconnect with India's traditional food items, which is evident much more in urban areas. "If I say, I am eating roti and baingan bharta, I am looked down upon. But the moment I say, I am having baba ganoush and pita bread, I am cool. Why are we going away from our own food?"
Sharma also assured full support from FSSAI.
Rachel Dreskin, CEO, Plant Based Food Association, US, drew attention to the main reasons for promoting plant-based food: environmental benefit vis-a-vis reduction of green house gases; human health and social justice.
The event also saw the launch of a pertinent report, 'The Dawn of a Plant-Based Age: India to Lead the Way to World Food Security and Nutrition'.