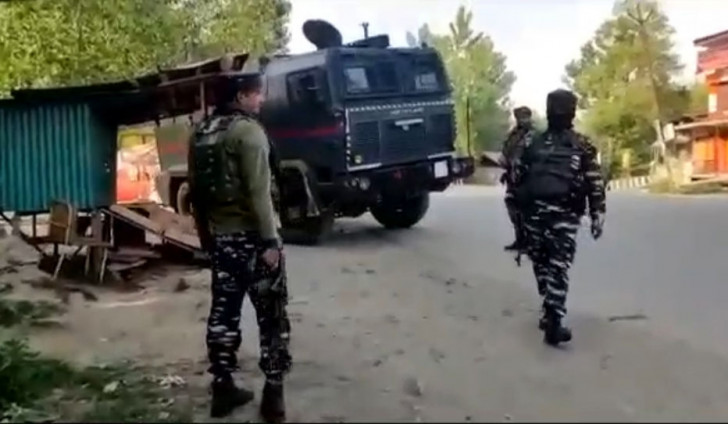 Srinagar, May 26
An Army porter, injured in an encounter between terrorists and security forces in Jammu and Kashmir's Kupwara district on Thursday, succumbed to his injuries, officials said.
Three terrorists were killed in an encounter at Jumagund village in Kupwara.
"One Army porter, namely Ab Lateef Mir s/o Majeed Mir, resident of Kuchiban Jummagund, got injured in the said encounter. Later on, succumbed to injuries in hospital," police said
Police said all three terrorists killed were affiliated with proscribed terror outfit LeT, and their identification is being done. Incriminating materials including arms and ammunition were recovered.
According to police, based on a specific input developed by Kupwara police regarding infiltration attempt of terrorists in Jumagund, army and police took up positions and intercepted the terrorists.