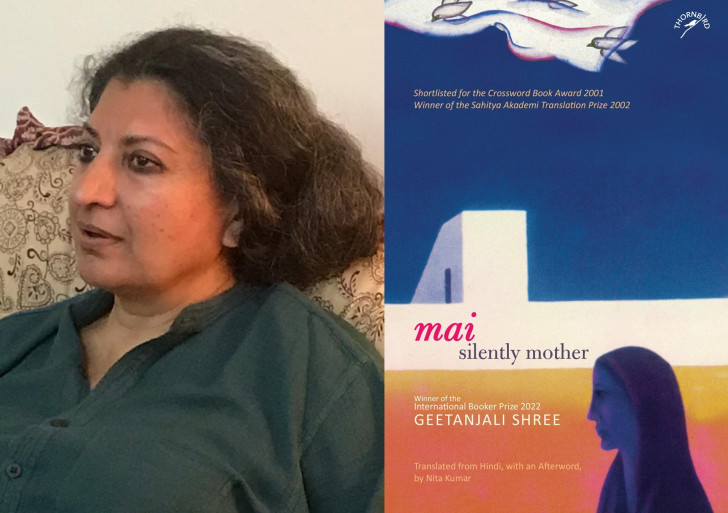 New Delhi, June 6 : As a celebration of the recognition given to noted Hindi author Geetanjali Shree and Translations by the International Booker Prize 2022, Niyogi Books has re-introduced her debut novel 'Mai', translated to English as 'Mai: Silently Mother' by Nita Kumar.

The novel offers an insight to the three generations of women and men around them set in a North Indian middle-class family. The events revolve around the protagonist Mai or the mother, giving the readers a glimpse of the dynamics of relationships, patriarchy, societal prejudices, struggle, survival, and much more. Since childhood, Sunaina, the narrator and also the daughter of the household, aspires to be different than her mother or Mai whom she perceives as weak, imprisoned, abused and suppressed by her husband and in-laws.

The story begins with: We always knew mother had a weak spine.

But, Rajjo, the mother, was not inherently a spineless creature as the author seemed to have suggested. Rajjo is what she is because she is part of a certain kind of middle class, patriarchal family. Hers is not the problem of Indian women or of mothers, and certainly not of 'women'.

Yet, Mai presents us with a mother-heroine, like Sethe in Toni Morrison's 'Beloved' (1987), who can leave us questioning the joys of motherhood and at many places of that of womanhood as well.

Is the always self-sacrificing mother as weak as we perceive her to be? Are women really caged or do they want themselves to be caged? The author poses several relevant questions against the social stereotypes during the course of this simple yet sly novel.

The novel will provoke contradicting thoughts about social perception, family, relationships, or hierarchy and give you a perspective you may have never imagined of.

'Mai: Silently Mother' received the Sahitya Akademi Translation Prize in 2002. It was also shortlisted for the Crossword Book Award 2001.