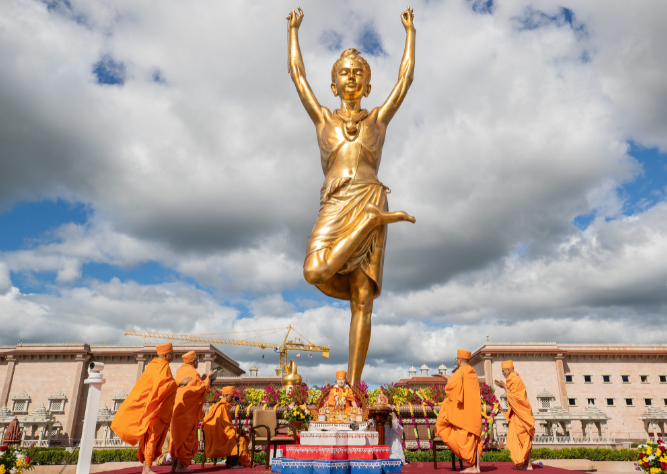 On Saturday, June 18, 2022, the B.A.P.S Swaminarayan Research Institute, USA, was inaugurated in Robbinsville, New Jersey, at the site of Swaminarayan Akshardham-North America.
In the morning, hundreds of swamis and devotees gathered to participate in a‘Satsang Diksha Homatmak Path.’This unique yagna involved offerings in a sacred fire while selected verses from the Satsang Diksha were recited. The yagna was performed to pray for world peace along with an auspicious beginning for the research institute.Children sang Vedic peace prayers and recited Sanskrit verses. Thousands witnessed the historic ceremony in person and via live telecast across North America andworldwide.
His Holiness Mahant Swami Maharaj joined the ceremony virtually from Ahmedabad, India, and inaugurated the institute with the lighting of the inaugural lamp (deep -pragatya) symbolizing the spreading of the light of knowledge throughout the world. Diyas were subsequently lit by members of the assembly present in New Jersey. Mahant Swami Maharaj then blessed the attendees as well as all the people who remotely joined the live broadcast.
Addressing the assembly, Mahant Swami Maharaj said, “Yogiji Maharaj had envisioned such an institute and was passionate about youths learning and discoursing in Sanskrit. The research institute has fulfilled this vision. May students excel in their studies and work together to serve society, expanding the circle of unity across the world.In the spirit of "Vasudhaiva Kutumbakam," meaning the world is one family; let's reach out to extend the circle of global harmony.”
The event took place in the presence of over 115 representatives from over 50Hindu Mandirs and organizations,guests and scholars. HH Mahant Swami Maharaj had sent Mahamahopadhyaya Pujya Bhadreshdas Swamifrom India to preside over the inauguration event.Mahamahopadhyaya Bhadreshdas Swami is one of the world’s leading scholars a Hindu philosophy and Sanskrit and the author of the Sanskrit commentarial and philosophical texts, theSwaminarayan-Bhashyamand theSwaminarayan-Siddhanta-Sudha.Bhadreshdas Swami delivered the institute's inaugural lectureand reinforced His Holiness Mahant Swami Maharaj’s messages of global harmony, public service and educational excellence.Elaborating on Mahant Swami Maharaj’s vision, he encouraged children and youth to explore their interests in the areas of arts and Hindu philosophy.
The ‘BAPS Swaminarayan Research Institute’ is the first such center of learning and research of Indian languages and Hindu scriptures in the Swaminarayan tradition to open in the United States. The impetus for the institute in Robbinsville has been a growing interest from members of the community to learn Sanskrit and gain a deeper understanding of Hindu scriptures. Through its rigorous teaching of Sanskrit, Vedic and classical literature, as well as Hindu beliefs, values and practices, the institute will strive to foster social harmony, interfaith dialogue, public engagement and academic discourse.It will generate opportunities for value-based education, innovative research and creative expression. For more details, visithttps://research.baps.org.
About BAPS
The BAPS Swaminarayan Sanstha (BAPS) is a spiritual, volunteer-driven organization dedicated to improving society through individual growth by fostering the Hindu ideals of faith, unity, and selfless service. Its worldwide network of 3,800 centers supportsthese character-building activities. Under the guidance and leadership of His Holiness Mahant Swami Maharaj, BAPS aspires to build a community that is free of addictions as well as morally, ethically, and spiritually pure. For more details, please visit www.baps.org.
About Mahant Swami Maharaj
His Holiness Mahant Swami Maharaj is the sixth and current spiritual successor of Bhagwan Swaminarayan. He was ordained a swami by Yogiji Maharaj in 1961 and named Sadhu Keshavjivandas. As he was appointed the head (Mahant) of the Mandir in Mumbai, he became known as Mahant Swami. His devout, humble, and service-focused life earned him the innermost blessings of Yogiji Maharaj and Pramukh Swami Maharaj. Mahant Swami Maharaj travelsthroughout the world inspiring people through his insightful spiritual discourses and disciplined conduct. His virtuous lifestyle and profound devotion to Bhagwan Swaminarayan and gurus are ideals toward which devotees strive. Mahant Swami Maharaj became the guru and President of BAPS upon Pramukh Swami Maharaj’s passing in 2016. 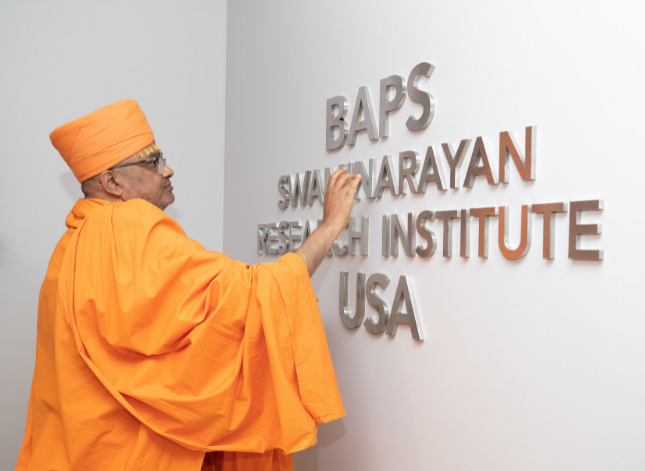 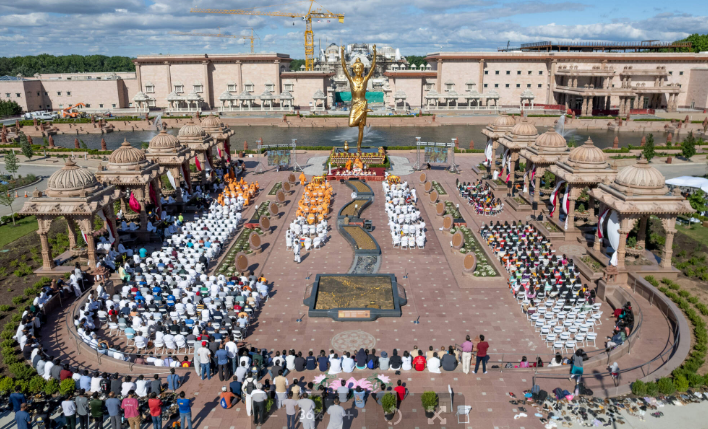 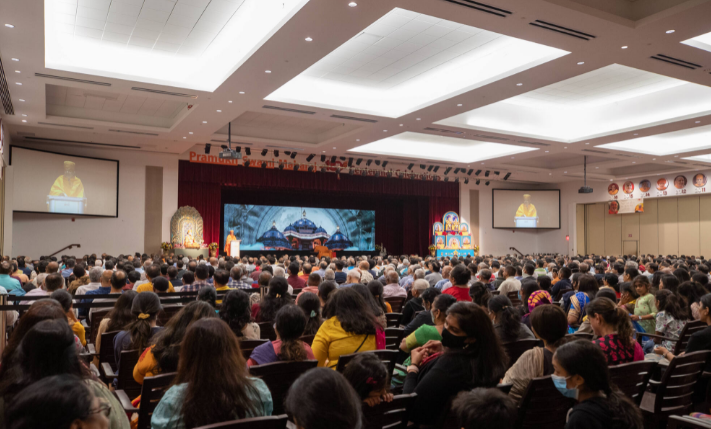 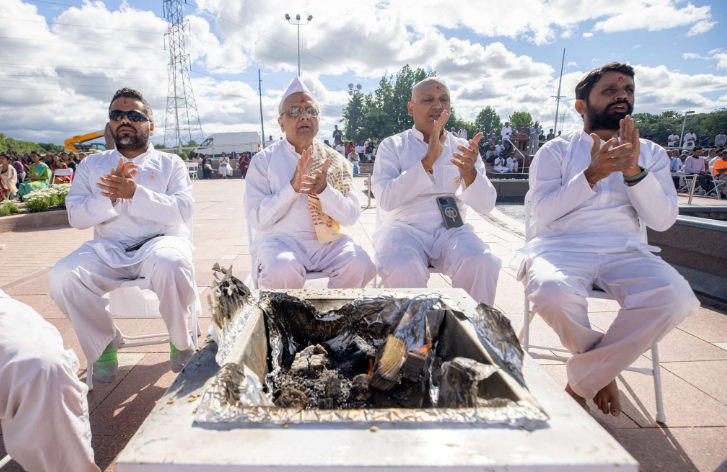 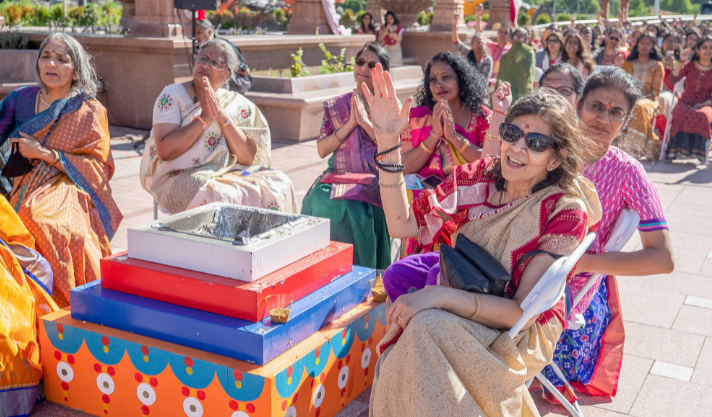 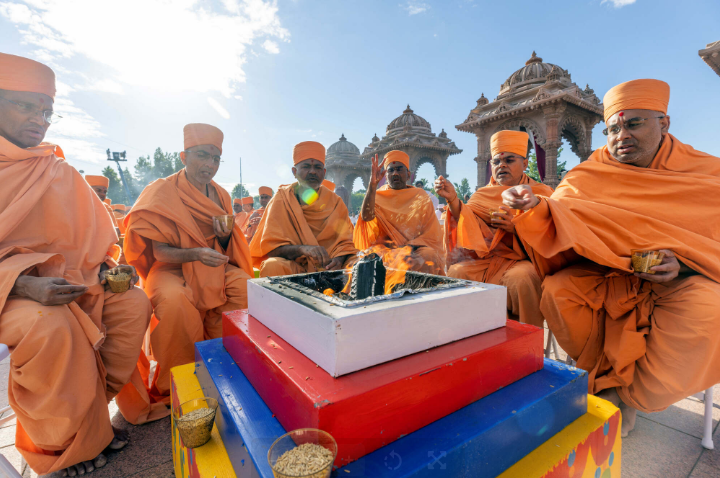 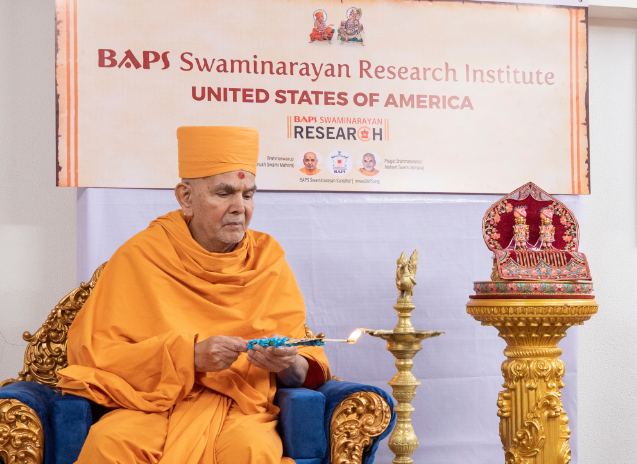 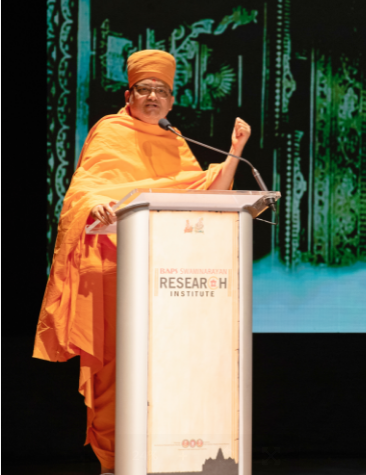