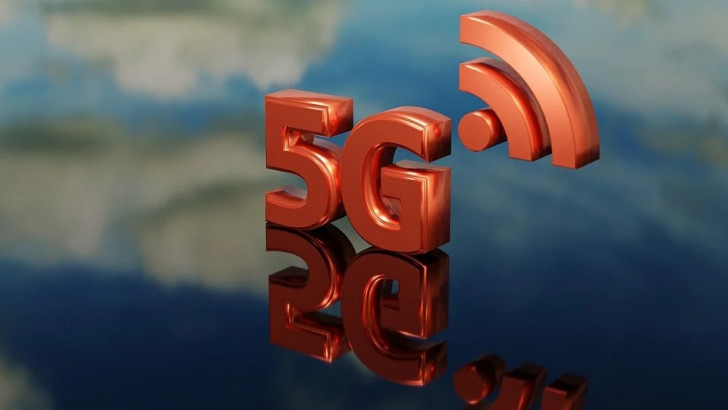 New Delhi, June 22
As India prepares for long-delayed 5G spectrum next month, top industry stakeholders have locked horns over the issue of public and private 5G networks and whether the government should allow spectrum directly to the enterprises for operating private captive 5G networks.
The debate sparked further after Prime Minister Narendra Modi last month said 5G technology will contribute $450 billion to the Indian economy, dedicating an indigenous 5G Test Bed to the nation during an event by the Telecom Regulatory Authority of India (TRAI).
The debate has now reached its nadir with the Union Cabinet approving the telecom department's proposal to conduct an auction through which spectrum will be assigned to the successful bidders for providing 5G services to public and enterprises next month-end.
While the Cellular Operators Association of India (COAI), the industry's apex body representing telcos, is of the firm opinion that there is no justification whatsoever for allocating spectrum to industry verticals for operating private captive networks, the Broadband India Forum (BIF) says that captive private 5G networks would be crucial for the enterprises to augment efficiencies, enhance productivity and march towards Industry 4.0.
"There is no need to alienate spectrum directly to companies for captive private networks,a says the COAI in its position paper, adding that the requirement of industry verticals can be best met through telecom operator-led private networks.
"A private network operated within the commercial network also fulfils the requirement of "law enforcement agencies" as necessary lawful interception and monitoring is provided by the service provider while no such facility is available to lease in private captive networks," argues the COAI, adding that the anti-social elements may exploit this facility to bypass interception and monitoring of messages which would be detrimental to national security.
Private 5G captive networks are about the deployment of high speed, enhanced data capacity, and ultra-low latency applications inside a closed manufacturing unit, hospital, airport, shipping port, among others.
Such networks are single end-users (the enterprise itself) in the given location, unlike a vast number of users in public networks.
According to the BIF, meant for non-public use, Private captive 5G networks are not about public data and voice networks working inside private/captive campuses, as is being alluded to and misunderstood in certain quarters.
"India needs higher efficiencies in verticals like manufacturing, healthcare, education, agriculture, financial inclusion and many others to accelerate the process of digital transformation. This can best be achieved only through the use of Private Captive 5G Networks," said the BIG in its position paper.
A public telecom network set up by a telecom licensee would necessarily have to be one which optimises the various needs of the masses.
"It would not be in a position to meet specific enterprise higher and specific SLAs (service-level agreements) that are characteristic of specific industry verticals. For example, the needs and requirements would be quite different for a Maruti-Suzuki automotive factory from that of an Apollo Hospital or of an IIT Delhi campus, and so on," argues the industry body.
The BIF has also termed demands to ensure a level-playing field between public and private 5G networks as "absurd and impractical."
"Seeking a level-playing field with enterprises for captive private networks is akin to a child in kindergarten being asked to compete with someone who has a doctoral degree. No mature regulator anywhere in the world imposes regulation on a player with no or minimal market share," according to TV Ramachandran, ABIF President.
Nowhere in over 55 countries where private 5G networks are deployed have similar regulations been issued, said the think tank, as the two networks are on completely different footings and are not competing with each other.
A recent GSMA report on 'Mobile Networks for Industry Verticals: Spectrum Best Practice' stated that great care needs to be taken to ensure verticals are fully supported without harming other wireless users -- especially consumers and businesses who rely on 4G and 5G.
"Verticals can benefit from telco's more extensive networks, more substantial spectrum assets, expertise and, typically, operators' lower cost base. Use of dedicated set-asides for verticals poses significant risks to wider mobile services, most notably slower 5G networks and reduced coverage," the report mentioned.
The COAI said that there is no need for separate private captive 5G networks and the same should be dispensed with given the availability of state-of-art telecommunication networks.
On the other hand, the BIF argues that there would be no revenue loss to the government on account of direct spectrum allocation for private 5G networks to enterprises, as they shall purchase the spectrum at a price to be fixed by the government and allocated administratively.
According to Neil Shah, Vice President of Research, Counterpoint Research, opening of spectrum beyond telcos "is a bold and welcome step to empower tech companies, enterprises and ecosystem players to build Private 5G networks".
"Factories, university campuses, cities, transportation, ports can now build their secure, closed private networks, cloud infrastructure and services and accelerate their digital transformation journeys," Shah told IANS.