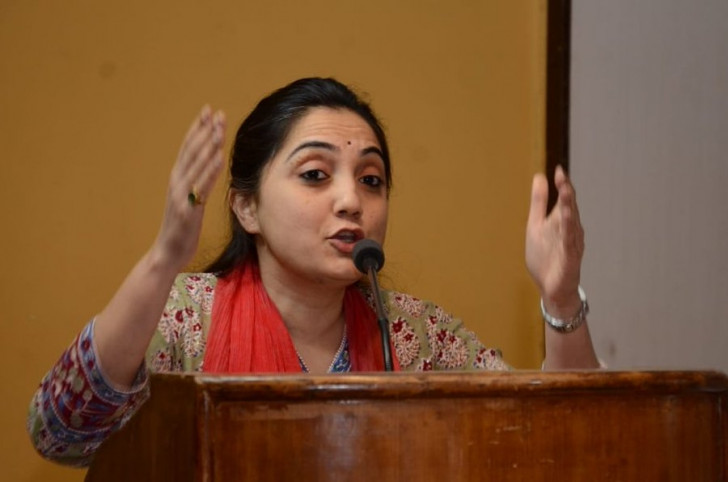 Kolkata, June 23
Another police station in Kolkata on Thursday issued notice to the suspended BJP leader Nupur Sharma in connection with her controversial comments about Prophet Muhammad, which created nationwide protest and violence.
The fresh notice from Amherst Street police station, under Kolkata Police's north and north suburban division, asked Sharma to be present at the police station on June 25. The notice has been sent through email and speed post, Kolkata Police sources said.
Earlier Narkeldanga Police Station, under the eastern suburban division of Kolkata Police, had issued a similar summons to Sharma, asking her to be present for questioning at the said police station on June 20. However, at the last moment, Sharma had sent a communique to Narkeldanga Police Station seeking four weeks time to appear. In the letter, she had also expressed security threat apprehension if she comes to Kolkata.
Soon after Sharma's controversial comments went viral, there was severe tension in several minority-dominated pockets in West Bengal in certain districts like Kolkata and adjacent Howrah, Murshidabad, and Nadia.
Clashes erupted between the agitators and police in which Domjur police station in Howrah district was attacked, police vehicles were torched and several police personnel were injured. Internet services were suspended in several areas.
Following countrywide tension over the controversial comments, the BJP suspended her from the party. The BJP also took action against its Delhi leader Naveen Jindal who shared her comments on Twitter.