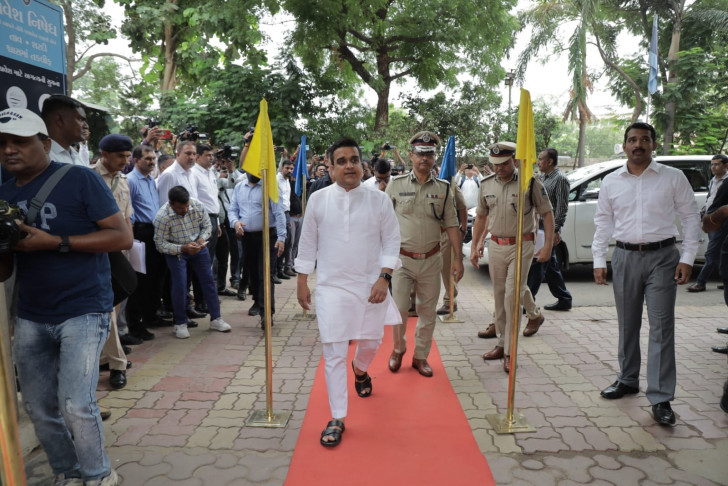 Ahmedabad, June 23
The 145th Jagannath Yatra procession will cover 16 km in Ahmedabad and will pass through sensitive areas of the city on July 1. The government for a safe procession has decided to provide heavy security.
On Thursday afternoon, Minister of State for Home, Harsh Sanghvi chaired a meeting to review the security preparedness for the entire procession. Sanghvi assured the Jagannath temple trustees that enough police protection will be provided. "Yet, if you feel any need, you can call me any time," he said.
According to Police Commissioner Sanjay Srivastava, eight Inspector Generals, 30 Superintendent of Police and Assistant Commissioner of Police will be supervising and monitoring the procession. At least 69 companies of State Reserve Police Force and Central Reserve Police Force will also be deployed, he said.
Some 25,000 police, para military force jawans will be deployed along the route to prevent any untoward incident.
Police jawans will be embodied with body cameras, drones and face detection gadgets to be used to monitor people's movement and activities. Control room will get live feed to monitor yatra closely.
Along the route, police constables will be deployed on terraces of houses and commercial complexes equipped with binoculars.
On Wednesday night, Police conducted a mock drill of emergency situations and quick response to the situation.
To avoid any untoward incident, different Akharas are not allowed to pass through sensitive areas like Popatiyawad in Dariyapur and Rangila police chowki area in Shahpur since the last few years. On city police request, members of the minority community voluntarily observe Janata curfew on that day.