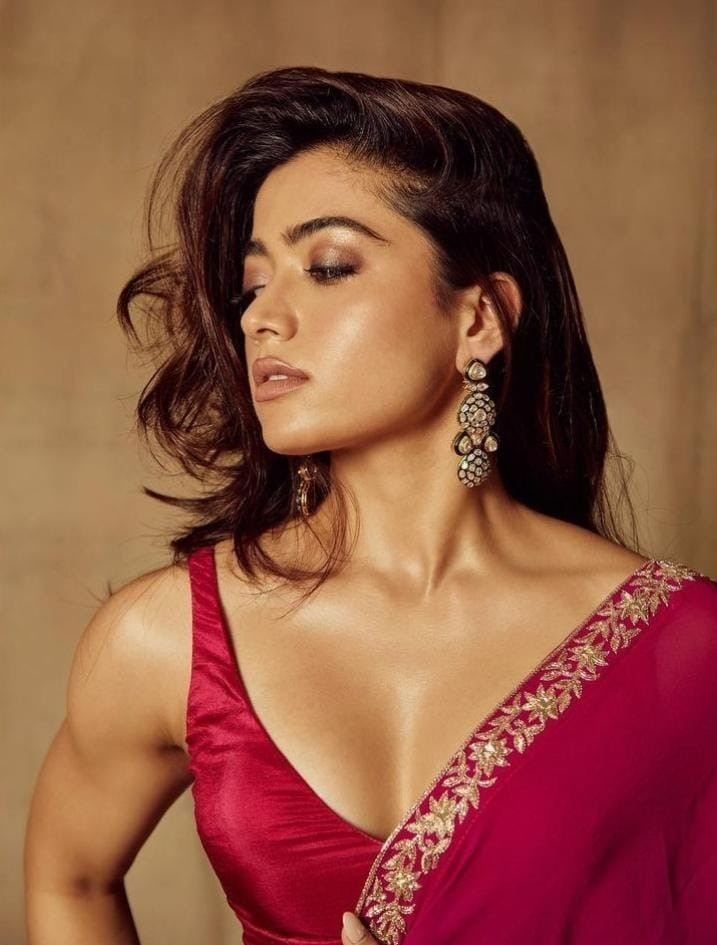 Bengaluru, July 2
Fans of actress Rashmika Mandanna in Karnataka are appreciating her recent red saree look.
Though 'Pushpa-The Rise'-fame Rashmika is busy shooting for movies in Hindi and Telugu languages and not finding time for Kannada cinema, her fans continue to follow her ardently on social media and never fail to praise her.
Rashmika's recent snaps in which she has donned a red saree have stolen the hearts of her fans and the photos have gone viral on social media and WhatsApp groups.
Rashmika's traditional look in pan-India superhit movie 'Pushpa' has been appreciated by one and all.
The actress is awaiting release of 'Pushpa 2: The Rule' and her Hindi project 'Mission Majnu' with Bollywood actor Siddharth Malhotra.
She has also another movie 'Animal' in her kitty in which she will star opposite actor Ranbir Kapoor.
Rashmika sends Netizens into a tizzy as she sizzles in red saree(IANSTAGRAM)