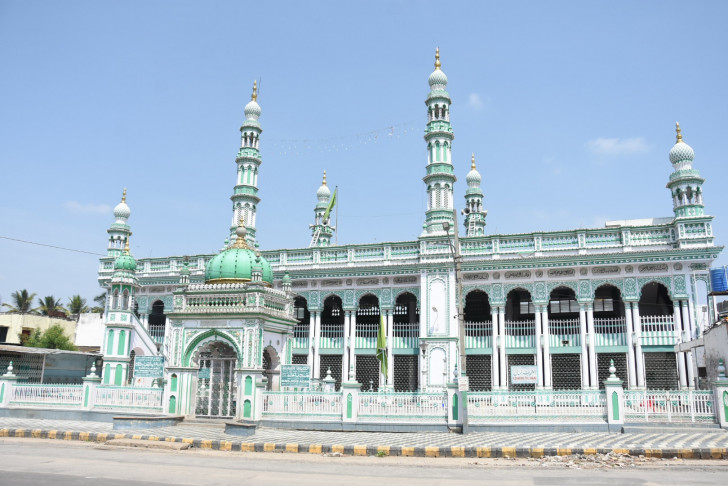 Bengaluru, July 4 : Several Hindu organisations have announced a massive rally and given a bandh call on July 12 in support of their demand to allow Hindu festivals in the Idgah Maidan.

The Hindu organisations have already held a meeting in this regard in Jangama Mutt of Bengaluru. The activists demand that the Idgah Maidan be designated as a playground for all.

A total of 25 Hindu organisations as well as local groups have joined hands to wage a legal battle as well as challenge the claims of the Wakf Board on the Idgah Maidan.

The organisations are carrying out door to door campaign in Chamarajpet to create awareness among the people for the need to retain the Idgah Maidan as a playground.

They have also slammed the Bruhat Bengaluru Mahanagara Palike (BBMP) for its dual stand over the property. Initially, the BBMP claimed that Idgah Maidan is its property, which was denied later. The Hindu organisations have slammed the BBMP and urged the ruling BJP government to intervene and resolve the matter.

The activists have also stated that as per the Supreme Court order, Muslims should be allowed to conduct prayers on two occasions in a year and rest of the days the ground should be used as the playground.

Chamarajpet Citizens' Federation has confirmed that bandh will be observed in Chamarajpet locality, and Hindu activists and the local organisations are taking a massive bike rally on July 12 from Sirsi Circle to Idgah Maidan.

Chamarajpet locality is home to sizable number of Muslims and considered as one of the sensitive regions in Bengaluru. Congress MLA Zameer Ahmad Khan represents the constituency. Hindu activists have warned him that he is not MLA for one religion and asked him not to provoke Hindus. They have also maintained that he will have to face consequences if he continues backdoor game regarding Idgah Maidan.

With BBMP elections around the corner and the state entering the election year the authorities are concerned about the development.