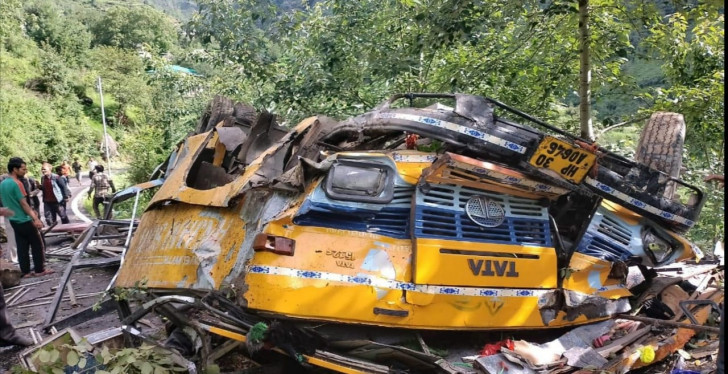 Shimla, July 4 : At least nine people, including school children, were killed and 20 injured on Monday when a private bus rolled into a 200-feet deep gorge in the interiors of Kullu district in Himachal Pradesh, police said.

Most of the victims were locals and were going to schools and offices. The accident occurred in the Sainj valley.

Kullu Deputy Commissioner Ashutosh Garg said the Sainj-bound bus fell into the gorge near Jangla village at around 8.30 a.m.

Most of the injured have been admitted to a nearby hospital in Sainj town.

Eyewitnesses said the administration has been facing a tough time extricating the victims from the badly-mangled bus.

People in the area began the rescue operation even before the local authorities reached the spot.

Expressing grief over the accident, Chief Minister Jairam Thakur said the administration had reached the spot and the injured were being taken to hospital.