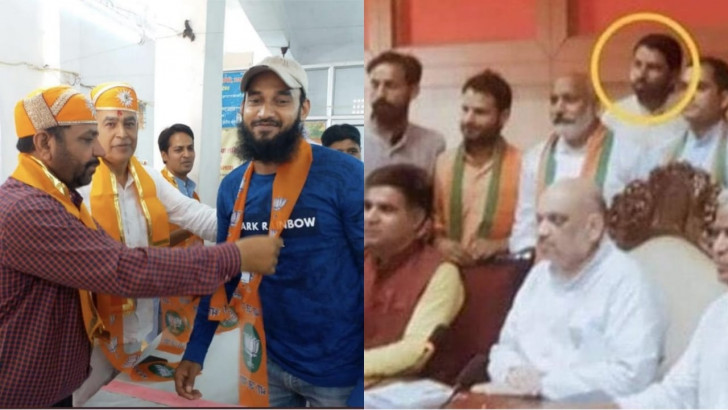 Patna, July 4 : RJD leader Tejashwi Yadav has alleged that Riaz Akhtari -- one of the accused in Kanhaiya Lal murder case -- has links with BJP after his pictures with saffron party leaders appeared on social media.

In two back to back tweets on Sunday night, Tejashwi said: "Some photographs appeared in public domain indicating that the accused have links with BJP leaders."

"If an infortunate incident takes place in a non-BJP ruled state, the Centre immediately intervenes and hands over the investigations to authorities coming under it. Majority of the anti-nationals who involve in anarchism, hatred, terrorism, romours and disturbing the peace have direct or indirect links with RSS and BJP," Tejashwi tweeted.

"BJP has occupied the majority of the constitutional entities will go to any extent to save them. The situation of the country is not good," Tejashwi said in another tweet.

He said that one of the attackers Riyaz was a leader of BJP minority wing of Rajasthan and close associate of former home minister Gulabchand Kataria.

In a video statement, Pappu Yadav demanded a high-level inquiry of the gruesome incident to ascertain the role of BJP leaders and their connection with the murderer.

"The person involved in the gruesome terror incident of Udaipur was a member of BJP minority wing and he has a photograph with former home minister of Rajasthan Gulab Chand Kataria. We demand an ATS investigation into the incident to unearth BJP's conspiracy and those behind it. The investigation should be based on the telephonic conversations of the accused and their phone locations. It should be brought out in the public domain," Pappu Yadav said.