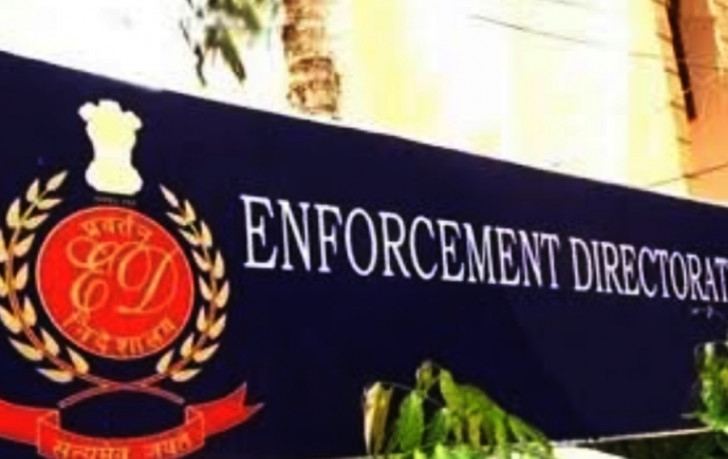 Kochi, July 4 : The Enforcement Directorate on Monday asked former journalist Shaj Kiran to appear before them on Tuesday in the wake of the revelations made by Swapna Suresh, the prime accused in the gold smuggling case.

Last month Swapna had revealed about the role of Chief Minister Pinarayi Vijayan, his wife and daughter in the smuggling of currency and gold. She had confessed before a magistrate under Section of 164 (5).

The name of Shaj Kiran cropped up after a phone conversation with Swapna was released. He can be heard saying that the funds of Vijayan and CPI-M state secretary Kodiyeri Balakrishnan go to the US through the Believers Church based in Thiruvalla.

Kiran is also heard saying that Swapna did a mistake by saying serious things to the media against the Number 1 -- who is Chief Minister Pinarayi Vijayan and he is very angry, especially as his daughter's name has been taken.

In the audio, Kiran tells her to settle the issue by taking money.

Later Swapna told the media that she had got the conversation taped and now has released it to tell the world about the happening in Kerala.

Swapna also refers to Shaj Kiran in her bail petition filed before the Kerala High Court last month. She says he had approached her stating that he was close to Vijayan and Balakrishnan and threatened of dire consequences if she does not withdraw her statements and in lieu of that she should issue a fresh statement absolving Vijayan and his family.

Apparently top police official Additional DGP M.R. Ajithkumar, who headed the Vigilance and Anti-Corruption Bureau, was moved out after it surfaced that he got in touch with Shaj Kiran a few times when he was 'brokering' a deal with Swapna Suresh, but failed.

Swapna Suresh since her revelation to the ED has appeared before them for four days, and now all eyes are on Shaj Kiran's first appearance before the ED.