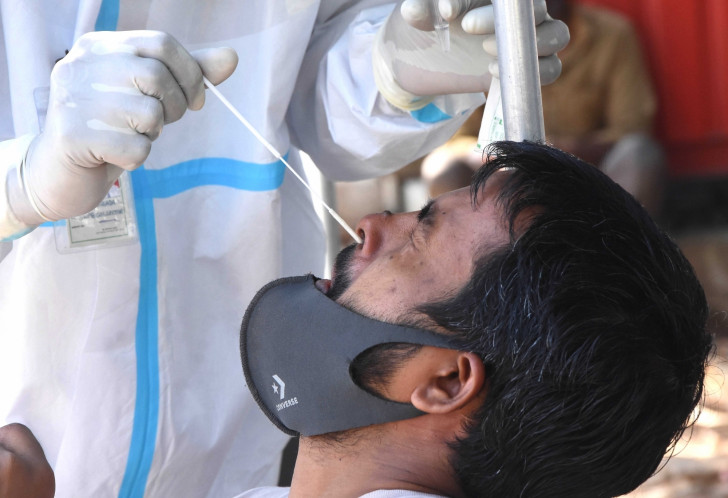 Lucknow, Aug 4 : Uttar Pradesh has recorded a steep rise in new Covid cases with 786 people testing positive till Wednesday evening, a rise of 34 per cent since Tuesday when there were 583 new cases.

Lucknow reported 114 new cases after a gap of a month, while one death was reported from Jhansi.

It was on February 19 that state had reported 777 Covid cases after which the number of new daily cases remained below 700.

Lucknow had last reported 136 cases on July 1 after which the number remained below 100.

"The recovery rate in the state is 98.70 per cent," said Dr Abhishek Shukla, secretary general, Association of International Doctors.

Two districts Hamirpur and Mahoba have no active Covid cases.