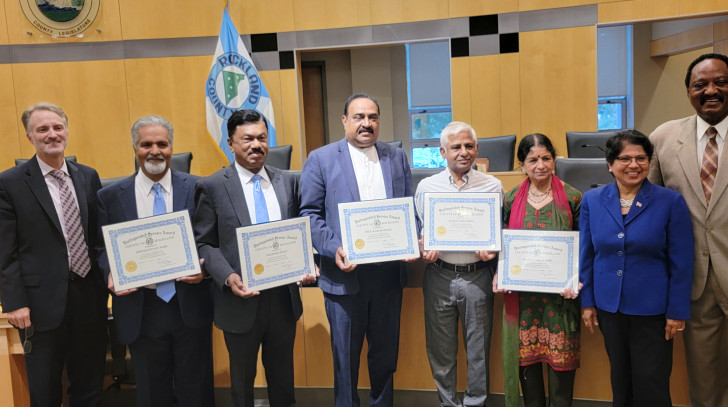 The event, held at the Legislative Chamber of the county, was attended by several Indian Americans and few legislators. In 2015 New York State Assemblyman Ken Zebrawski sponsored a bill to proclaim August as the India Heritage month in the state, which was later passed in the Senate and was signed by the Governor, Dr. Paul noted. ‘Since then we celebrate India Heritage month in August. Thanks to Assemblyman Hon. Ken Zebrowski.

‘This year is the 75th year of India’s Independence and this year’s celebration is called Azadi Ka Amrit Mahotsav. This is an initiative by the Government of India to celebrate and commemorate 75 years of independence and the glorious history of it's people, culture and achievements,’ she said.
The event ended with a Chendamelam, playing of traditional drums from Kerala, led by Joyce Vettom.

Appukkuttan Nair came to USA in 1977. There were only few Keralites residing in Rockland County at that time. He realized the need for an organization to help each other and promote the culture and helped to form the Hudson Valley Malayalee Association (HVMA). He is a founding member of HVMA Malayalam School where he took leadership to promote arts and culture and served as principal.

He served in various positions of the HVMA including president. He helped to initiate a prayer group called Bhajan Group in the county and he serves as president of the Nair Benevolent Association (NBA.) He volunteered to help flood victims in India and also help to collect food for the homeless shelter in Nyack. He assisted in fundraising for charities.
He worked in Material Research Corporation of Orangeburg, and later joined New York City Transit Authority till his retirement.

Rajeswari Iyer moved to Rockland County in 1975. She worked as a social worker with developmentally disabled people for the State of New York. She moved up in her career and became an administrator. She won many awards during her 37 years of service before retiring in 2017.

She shares her knowledge and skills to promote health and happiness of others. During Covid time she helped for charity collections .

Sjhe is an amazing, selfless individual who works quietly, always anticipates when individuals and groups would need help and provides it! Examples include taking members to shopping, driving to activities, taking to doctor’s appointments and cooking for people.
She has made tremendous contributions to the growth of Jeevan Jyoti!” and have been an integral part of Jeevan Jyoti since its inception in 2009. Jeevan Jyothi means light of life and it has truly been a light in her life and the life of others in the community.

Rajeshwari known as Raji is one of the facilitators for the Yoga group which is Jeevan Jyoti’s signature programs. She is also an active member of the Book Club and Women’s Finance group since their beginning. Since the pandemic began, all the Jeevan Jyoti programs continued on zoom.

Philippose Philip, an electrical engineer working for the State of New York, is a very strong leader and has been a strong advocate for youth, inspires them and helps them to develop a strong commitment to community service.
He served in different organizations in many capacities .He has immense passion in organizing charity programs including blood donations.

He is the Founding General Secretary of Kerala Engineering Graduates Association of Northeast America (KEAN), which mentors engineering students and help financially struggling engineering students with scholarships. He supported victims during disasters. He also served as president, board chairman and public relations officer of KEAN.

Currently he serves as trustee board chair of FOKANA (Federation of Kerala Associations in North America) which represents around 500,000 people of Keralite origin in the US.
He is active in solving issues facing the diaspora community interacting with officials.

He served as a Board Member of New city Library, president of Hudson Valley Malayalee Association (HVMA) and president of Fokana, twice.

Paul has a passion for public service and helps people in need by organizing socio cultural events. Recently he assisted many families who lost their loved ones in Covid, taking care of all the legal and diplomatic paperwork required to transport the bodies for burial in India.

He is a founding member of the first local organization (HVMA) here in Rockland County and the national organizations for Malayalees in the U.S. called FOKANA which began in 1983 and served as the president from 2008-2010. Paul has held many positions in many organizations to help the community and promote culture.

He was also a managing committee member of the North East American Diocese of Indian Orthodox Churches. He is the managing director of Kerala Times and director of Orthodox TV and Jaihind TV- USA & Canada

He worked as a supervisor with the New York City Transit Authority for 38 years and retired in 2019.

Rajan Baranwal has been a resident of Rockland County since 1984. He worked as social worker for 34 years at Rockland Psychiatric Center and he uses his social worker skills to help the community.
He has been a board member of the India Cultural Society of Rockland (ICSR ) since 2004, serving in many including as president in 2014. Since then Rajan has continued serving as a board member of ICSR as director.
He volunteers in the community with passion and a positive attitude and helps to develop a strong commitment to community service. He loves to organize programs to help community.
He volunteered in soup kitchen, organizing the collection of clothes and toys for children and the underprivileged, and bringing and enhancing knowledge of the Indian culture to the community through the different cultural events and activities. He takes leadership to arrange programs like trips for senior citizens.

Rajan is also one of the founding members of Jeevan Jyoti, an Indo-American Support group for senior members of the community. He has served as the President of Jeevan Jyoti since 2020. Rajan lives in New City with his wife of 37 years, Veena and has 2 grown children who also live on the East Coast. 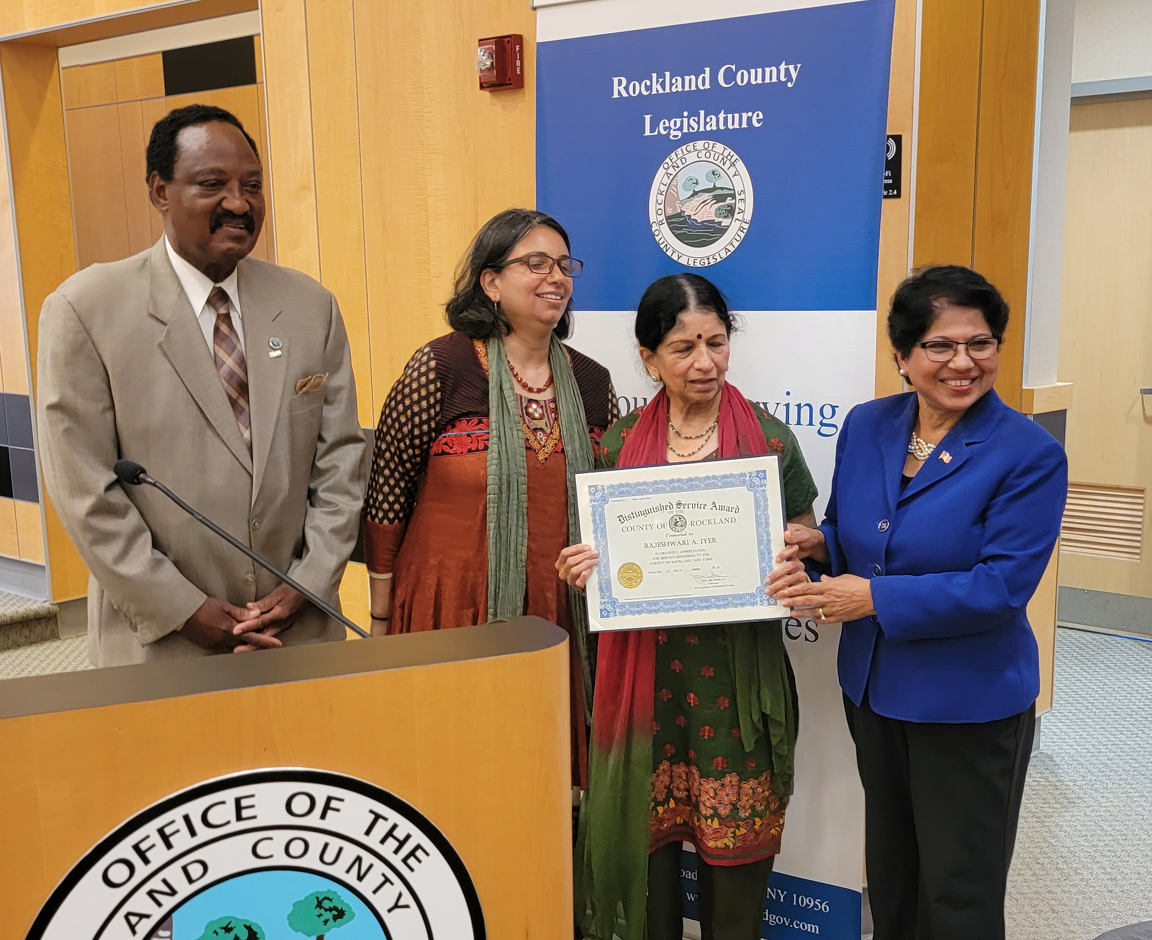 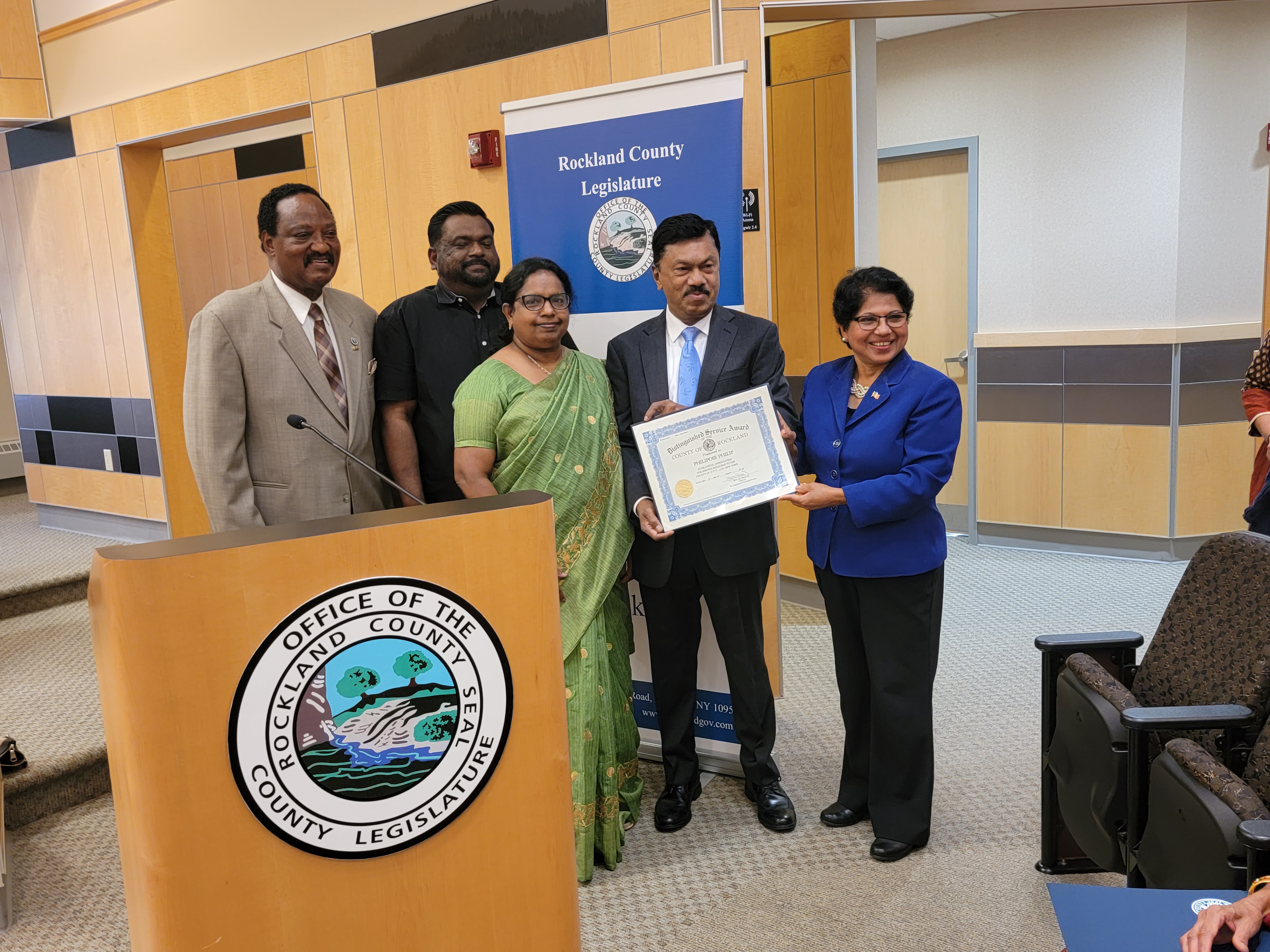 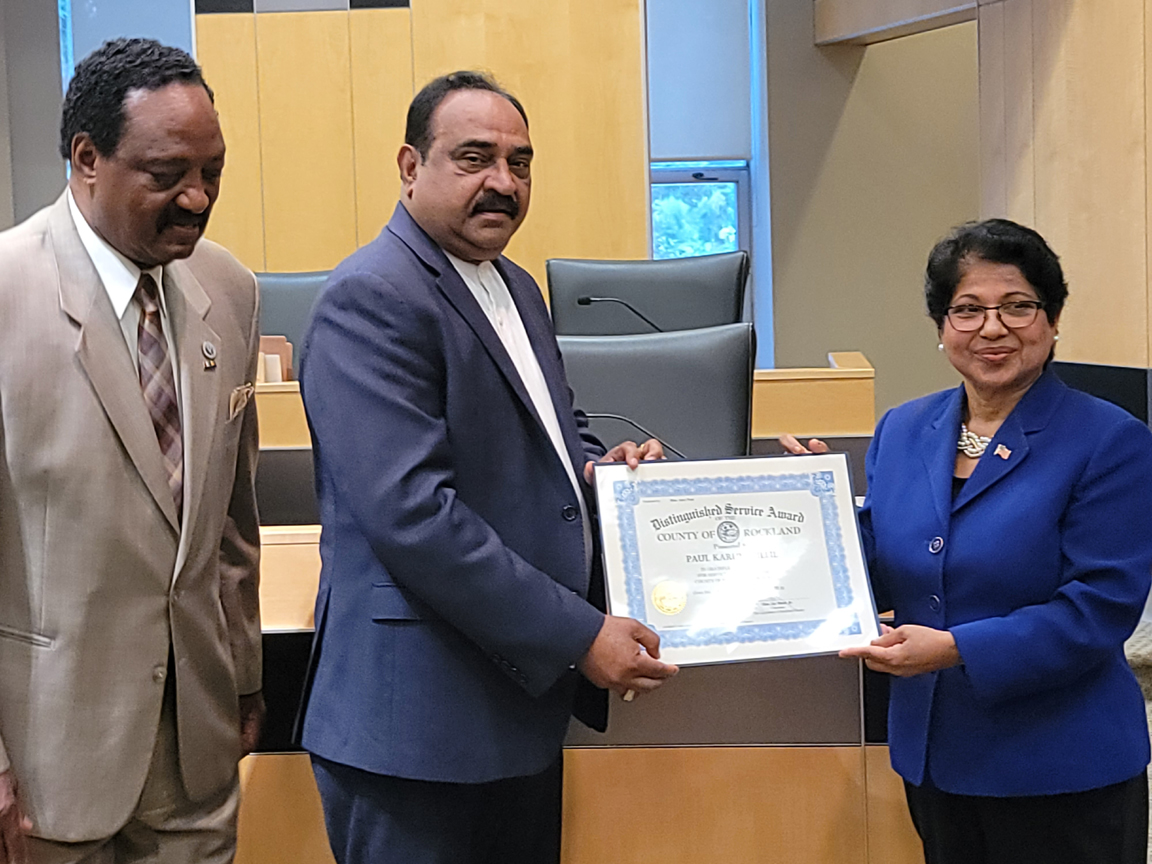 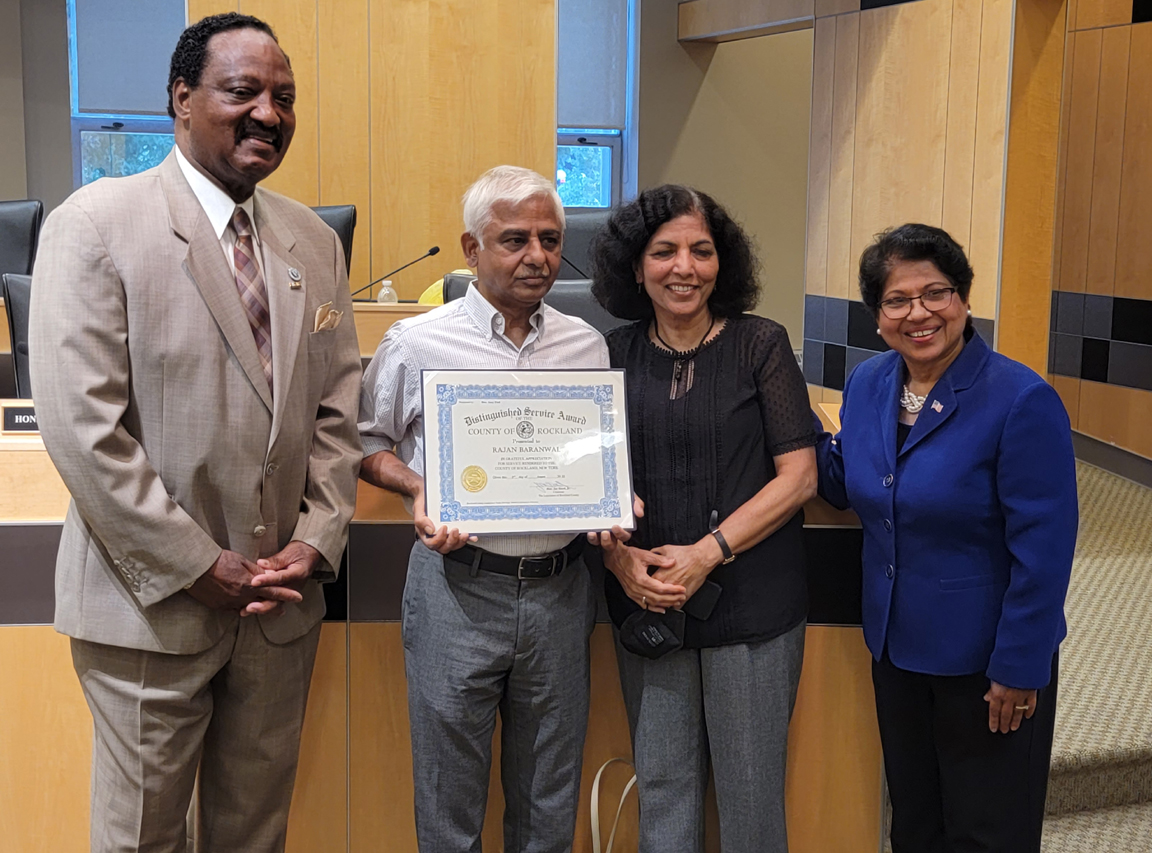 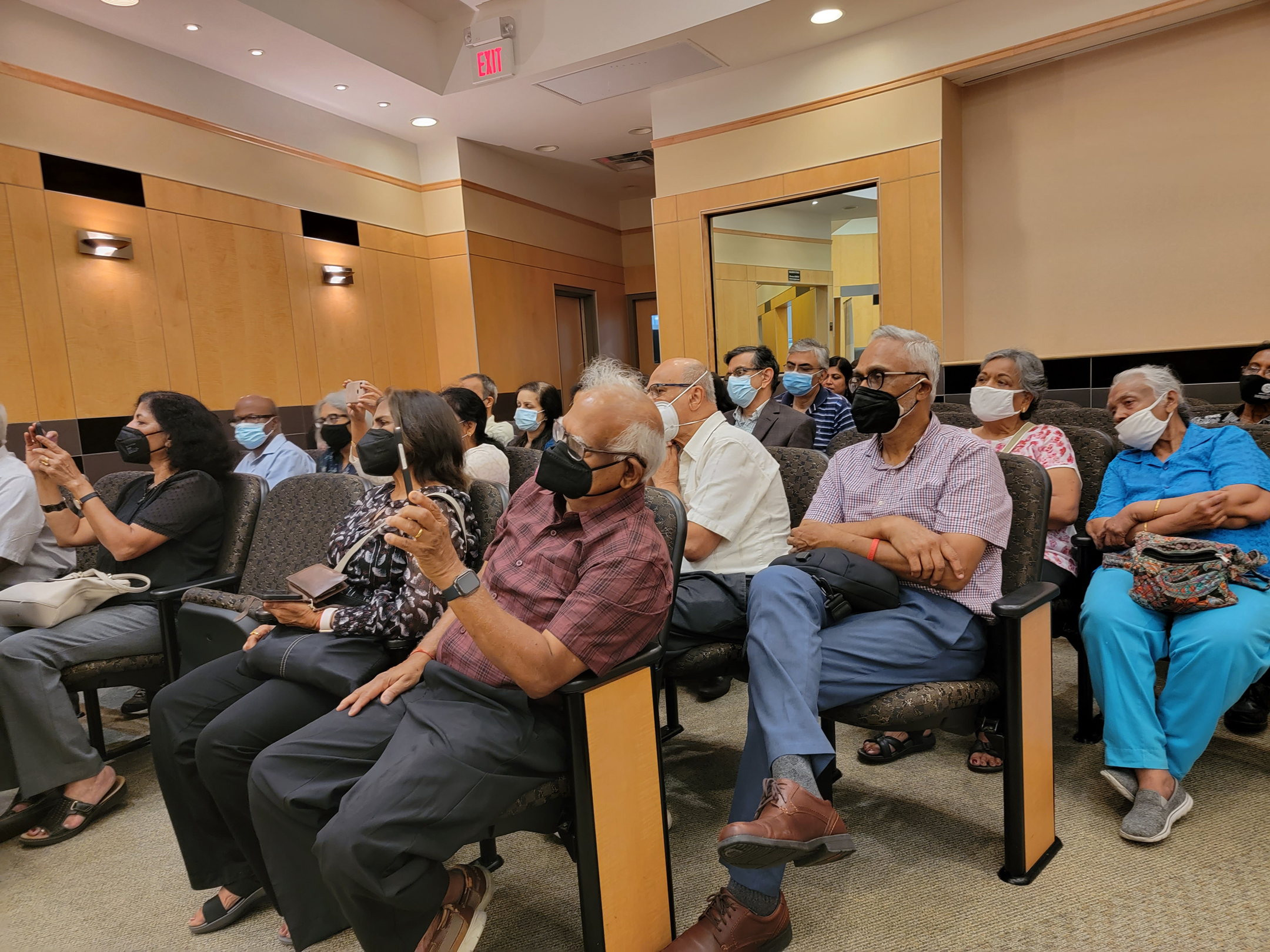 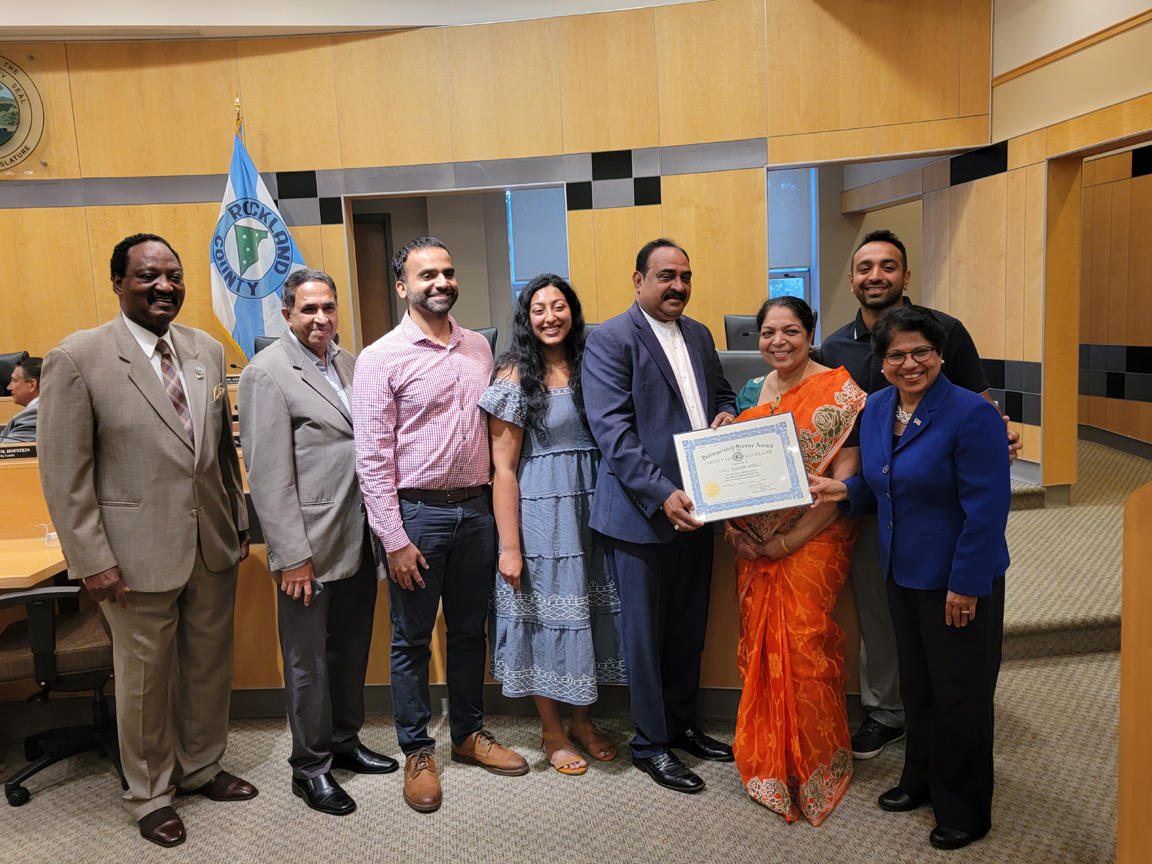 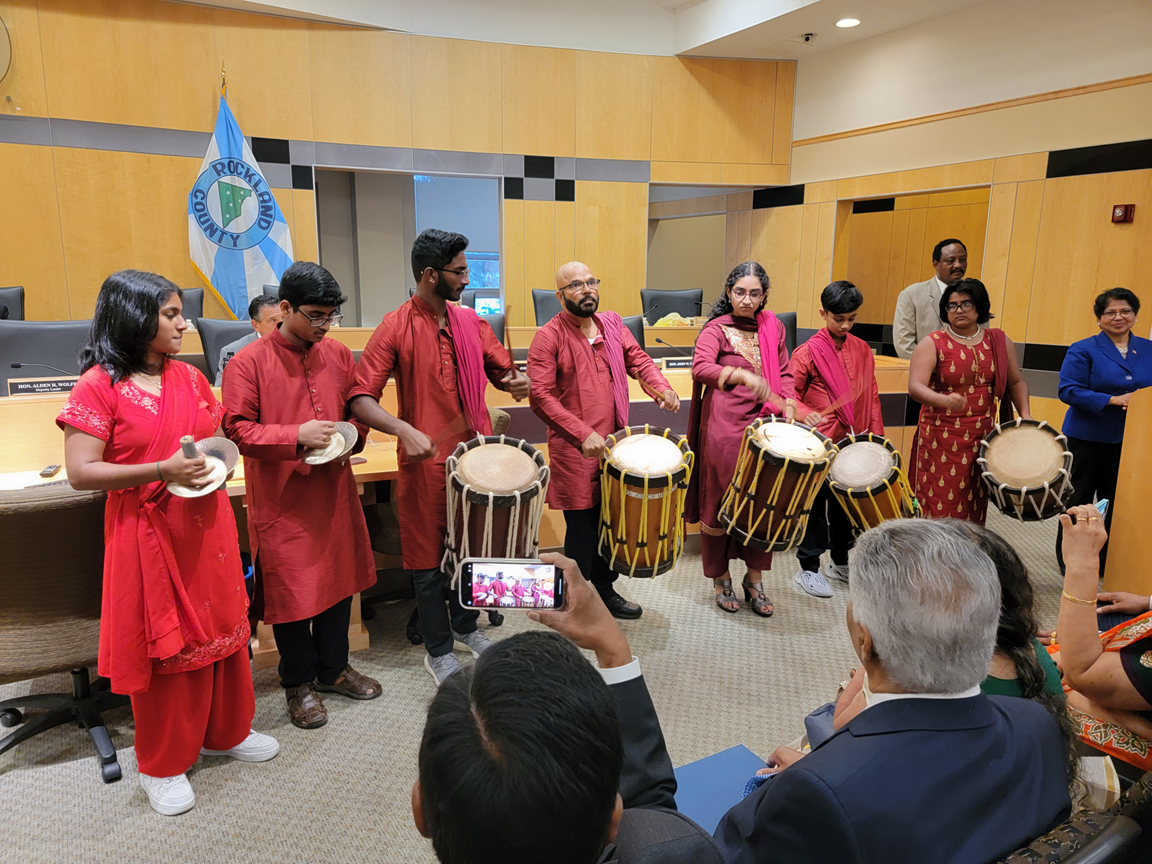 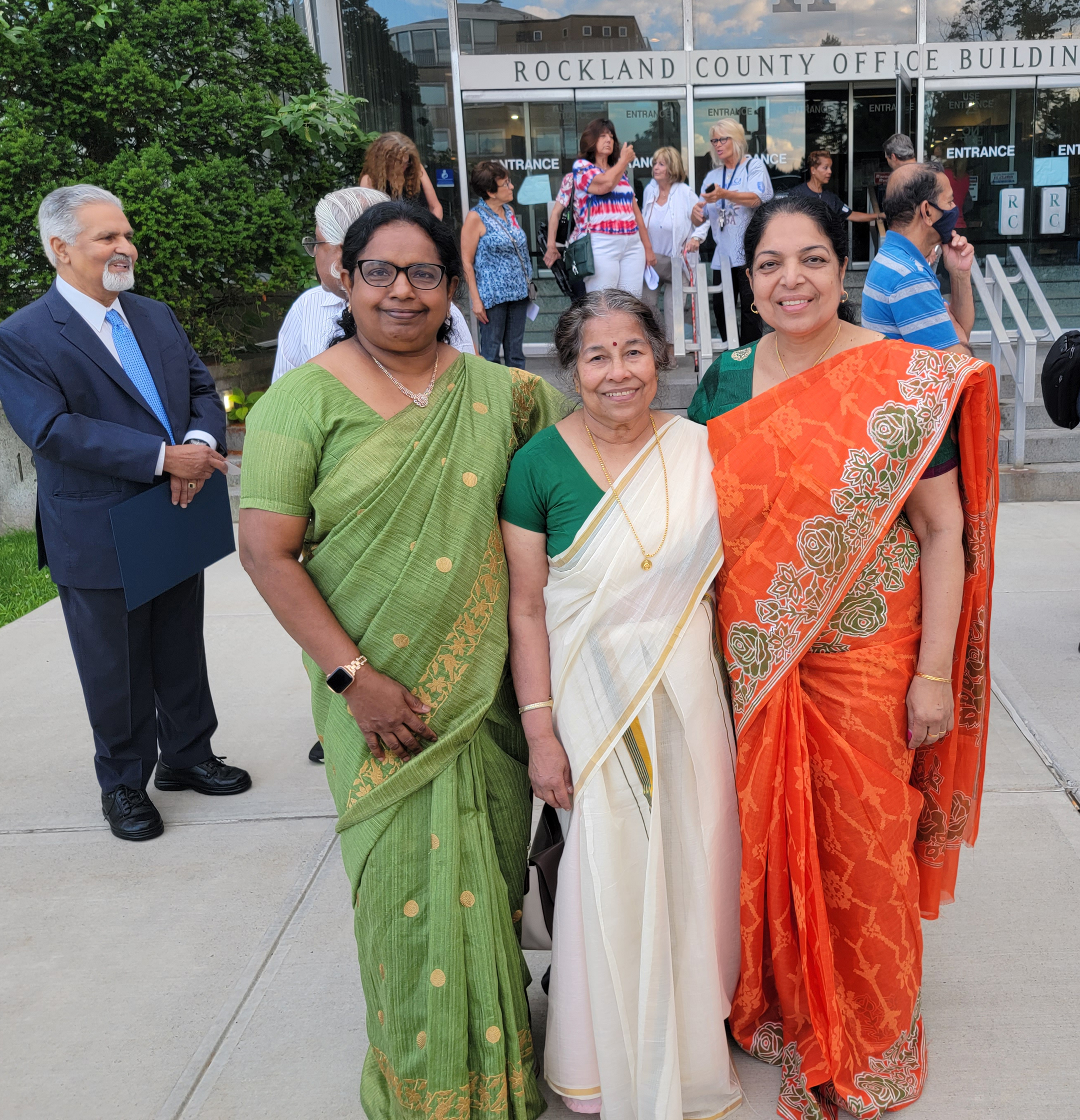 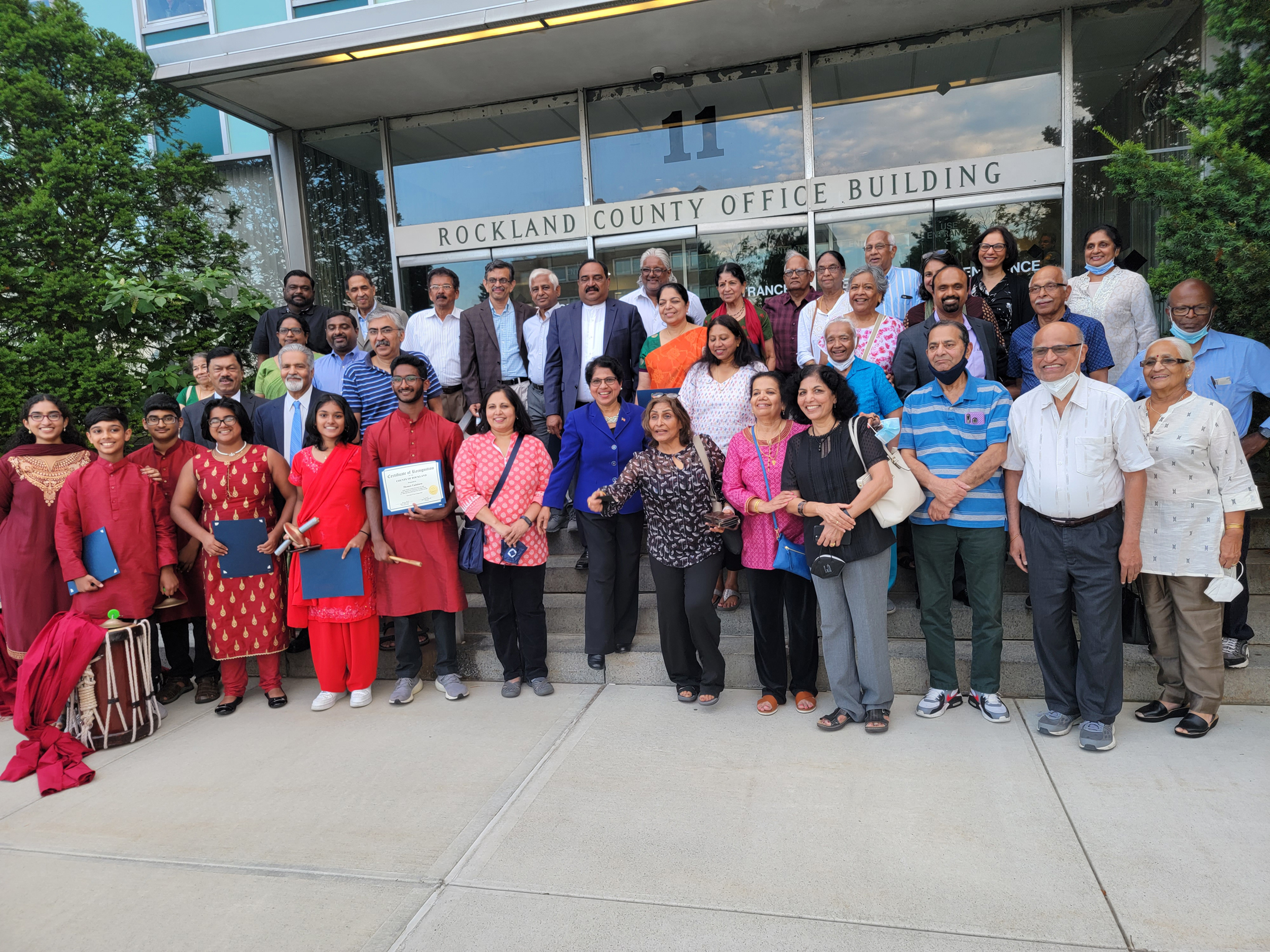 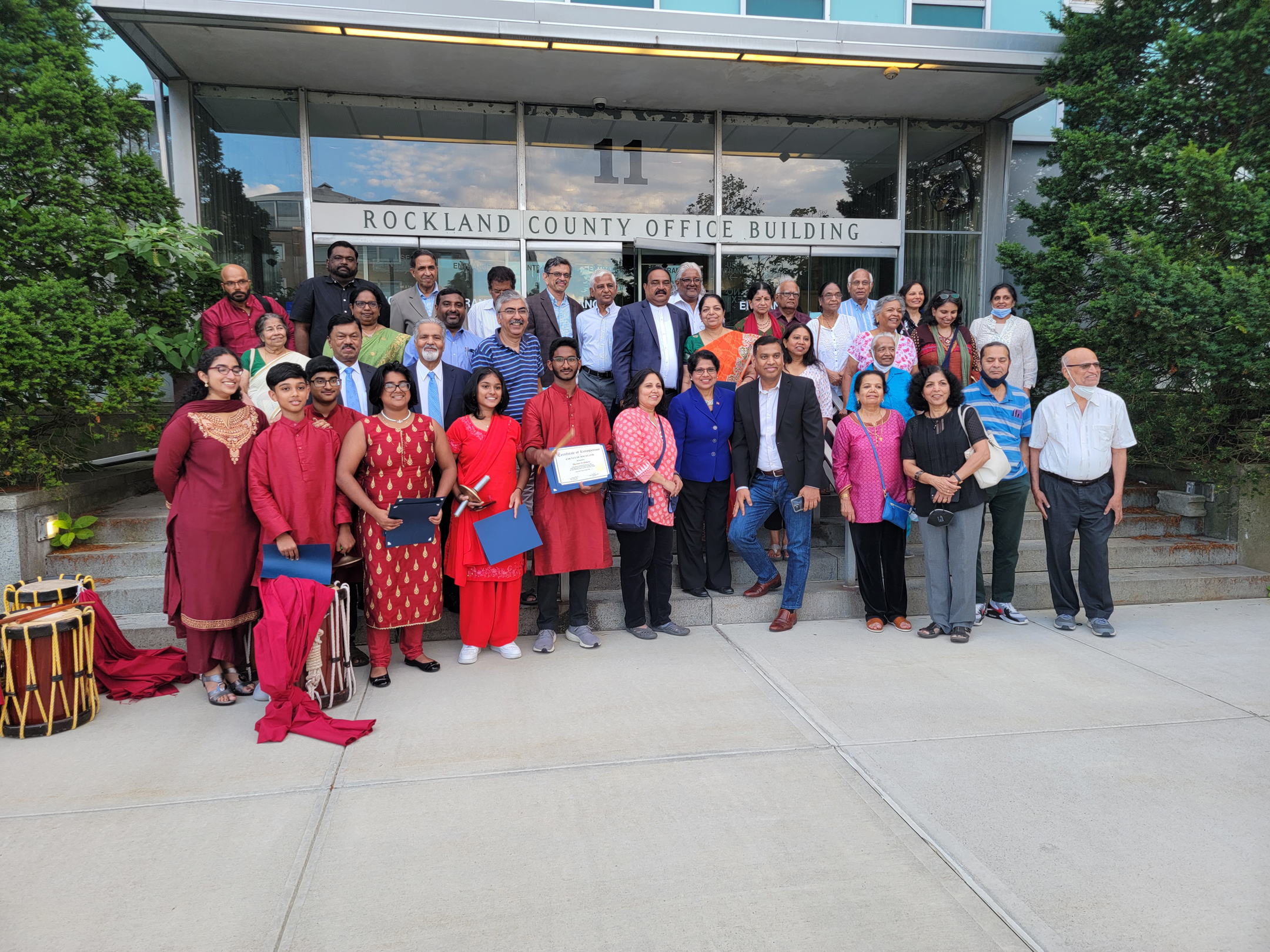 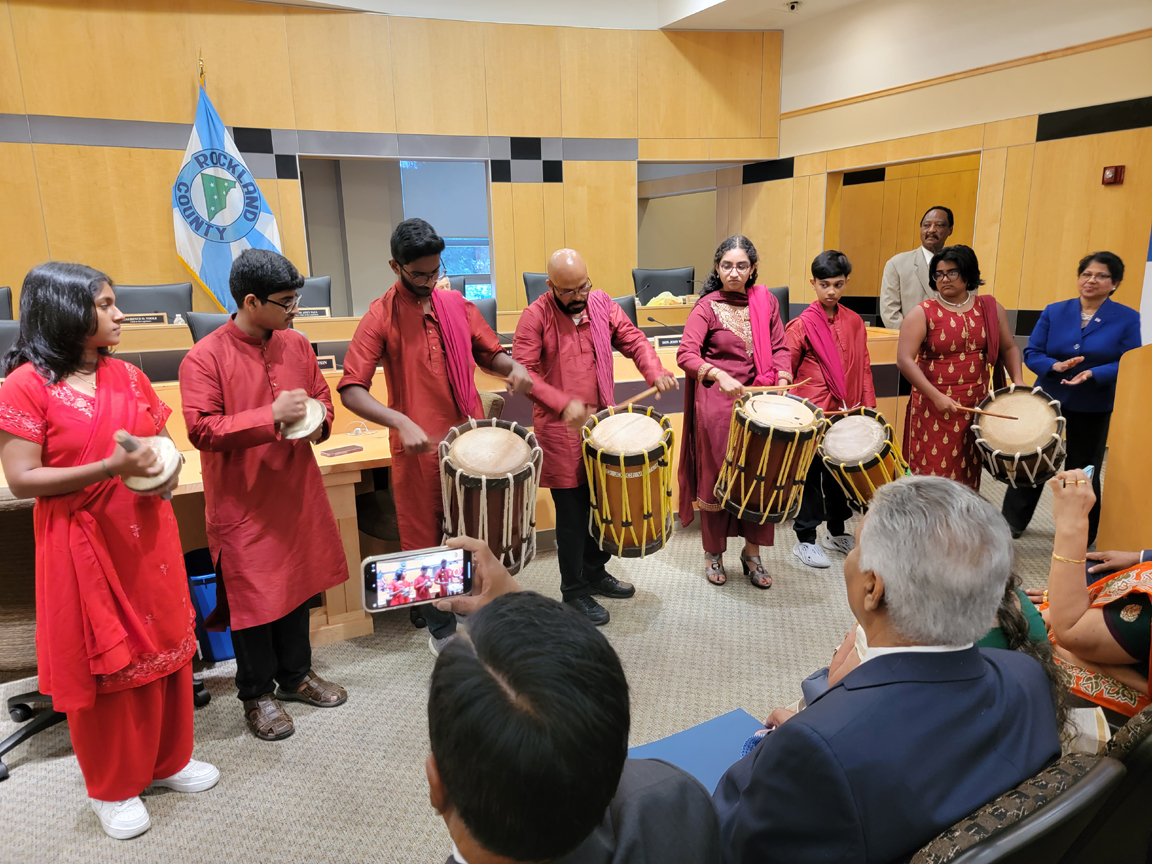