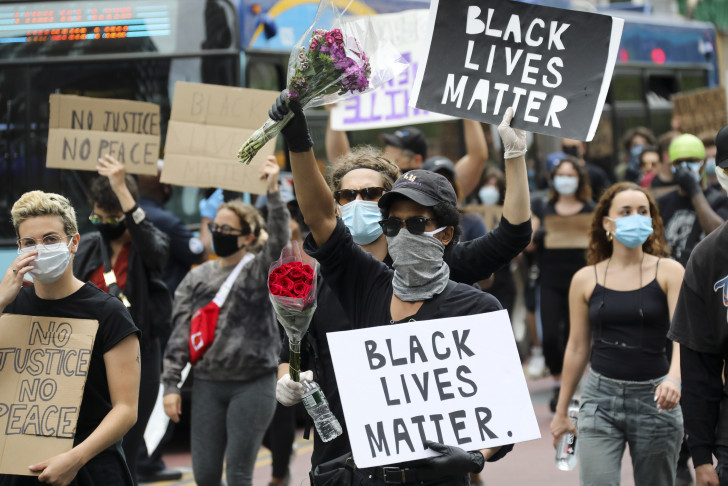 Washington, Aug 5
Four US police officers have been arrested and charged over the fatal shooting of Breonna Taylor, an African-American woman who was killed in her home in Kentucky in March 2020 during a "no-knock" search warrant.
The federal indictment announced on Thursday by Attorney General Merrick Garland accuses the four officers -- Joshua Jaynes, Kelly Hanna Goodlett, Brett Hankinson, Kyle Meany -- of "civil rights offences, unlawful conspiracy, unconstitutional use of force and obstruction", the BBC reported.
On March 13, 2020, the 26-year-old hospital worker was shot as the officers stormed the apartment in Louisville just after midnight while Taylor was with her boyfriend, Kenneth Walker.
According to federal investigators, three of the four officers conspired to falsify the arrest warrant that led to Taylor's death.
Only one officer involved in the raid, Hankinson, had been previously charged over the case.
He was the only one of the four charged on Thursday who was present at the scene of Taylor's shooting, reports the BBC.
Hankinson, who fired 10 shots during the incident, was acquitted by a jury earlier this year of endangering Taylor's neighbours when some of the bullets he fired entered their home.
While Jaynes has already been fired, Louisville police have said that they were trying to remove Meany and Goodlett.
In the wake of the incident, Taylor's family had sued Louisville police and reached a $12 million settlement.
Taylor's death, along with that of two black men, George Floyd in Minnesota and Ahmaud Arbery in Georgia, was invoked during anti-racism protests across the US in the summer of 2020.