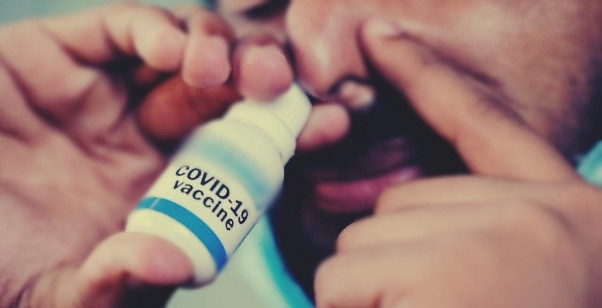 Berlin, Aug 5 : The German government will fund the development of a nasal vaccine against Covid-19 similar to flu vaccines already available for children.

Since the vaccine is directly applied to the nasal mucosa using a spray, it will "take effect where the virus enters the body", Minister of Education and Research Bettina Stark-Watzinger told the newspaper Augsburger Allgemeine on Thursday.

The research project by the University Hospital of Munich is to receive funding of almost 1.7 million euros ($1.73 million) from the country's Ministry of Education and Research (BMBF), Xinhua news agency reported, citing Stark-Watzinger.

Of the 69.4 million adults in Germany aged 18 and over, around 85 per cent are vaccinated against Covid-19. Almost 72 percent have received one booster vaccination, while almost 10 per cent have already received two booster doses, official figures show.

According to a draft of the country's new infection protection act jointly presented by the Ministry of Health (BMG) and the Ministry of Justice (BMJ) on Wednesday, face masks could become mandatory again on trains, as well as in certain indoor areas such as hospitals.

The country's federal states are to be allowed to take more comprehensive measures, which could include mandatory testing at public institutions such as schools and child-care facilities.

"Germany should be better prepared for the next Covid-19 winter than in previous years," Minister of Health Karl Lauterbach said when presenting the draft.