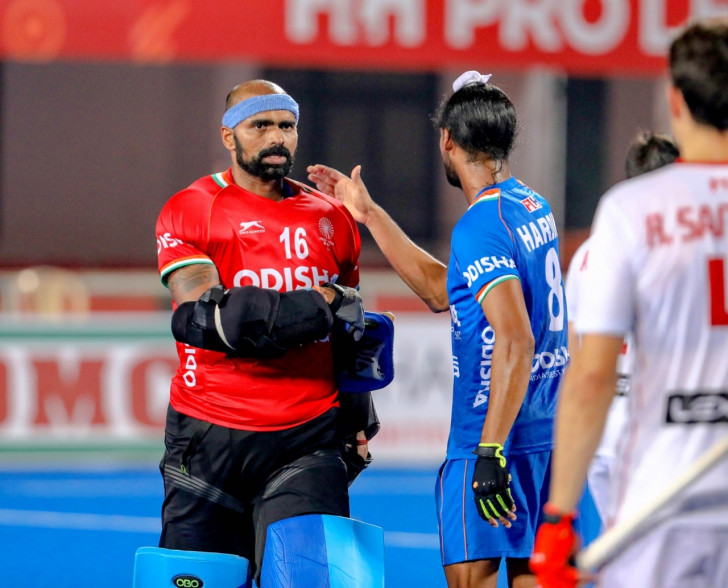 Birmingham, Aug 5 : As Indian hockey's goalkeeping stalwart PR Sreejesh gears up for the Commonwealth Games semifinal clash against South Africa on August 7, he is drawing inspiration from the team's bronze-medal win at the 2020 Tokyo Olympic Games, which came exactly a year ago.

The bronze in Tokyo 202 sparked the resurgence of India as a superpower in world hockey. Sreejesh, who played a crucial role in India winning the bronze medal, recalls the historic campaign fondly, saying, "I cannot believe it has been a year already, as I remember the Tokyo Olympics campaign very clearly. That moment was truly special as it ended the country's wait of over four decades. Now, the team is poised for bigger feats and definitely we are on the right path."

India outclassed Germany in an entertaining bronze-medal tie that ended 5-4. "The last few seconds were very close, intense and we even conceded a PC. Thinking of those moments, I have goosebumps," recalled Sreejesh, as he gears up for the all-important semifinal clash at the Birmingham Commonwealth Games.

The star goalkeeper added, "We learnt a lot about ourselves as a team at the Tokyo Olympics, which has helped us improve as a squad, and now we are completely focused on the upcoming challenges such as the FIH Odisha Hockey Men's World Cup 2023 Bhubaneswar-Rourkela and the Paris Olympics 2024, where hopefully we can go even further. But first, our target is on the match against South Africa and we are all set."