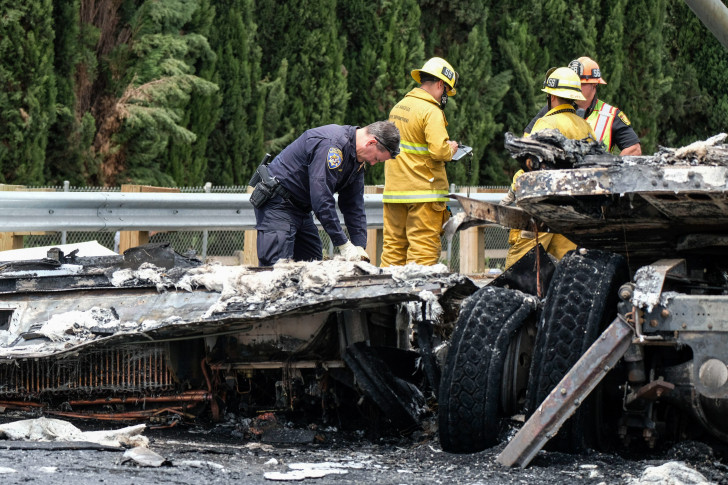 Los Angeles, Aug 5
At least five people were killed and nine others injured in a multi-vehicle crash in Los Angeles, authorities said.
The Los Angeles County Fire Department said that it responded to the crash at about 1.41 p.m. on Thursday at La Brea and Slauson avenues, reports Xinhua news agency.
Five people were pronounced died at the scene. Eight of the nine injured were transported to area hospitals, said the Department.
The crash was caused by a Mercedes coupe that was speeding south on La Brea Avenue and ran a red light, slamming into several cars at Slauson Avenue, reported KABC-TV citing the California Highway Patrol.
At least six vehicles were involved in the crash and three of them burst into flames after the impact, the report said.
The Los Angeles County Fire Department said the incident is still under investigation.