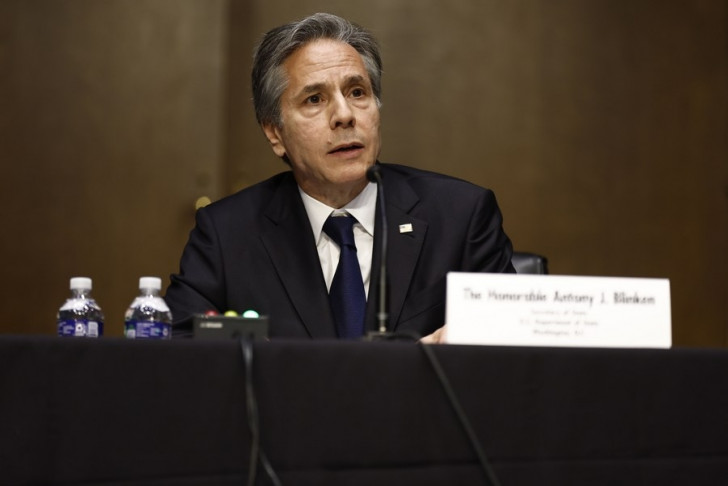 Washington, Aug 6
Following renewed skirmishes between Armenia and Azerbaijan over the disputed region of Nagorno-Karabakh earlier this week, US Secretary of State Antony Blinken called on the leaders of both countries to seek "direct dialogue" to resolve the conflict.
Blinken held separate phone calls with Armenia's Prime Minister Nikol Pashinyan and Azerbaijani President Ilham Aliyev on Friday, dpa news agency reported, citing State Department spokesperson Ned Price.
Blinken "urged direct dialogue between Armenia and Azerbaijan to resolve issues related to, or resulting from, the Nagorno-Karabakh conflict", Price said in a statement.
Blinken assured Pashinyan that the US was "watching the situation in and around Nagorno-Karabakh closely", while he called for "de-escalation" in his conversation with Aliyev.
Several deaths and injuries were reported when fighting in Nagorno-Karabakh flared up again on Wednesday.
The Azerbaijani army said it had captured mountainous areas of the region and that Armenian fighters had been killed.
Armenia said Azerbaijan had violated a ceasefire agreement that had been in force since the end of 2020, when the last war ended.
The region of Nagorno-Karabakh, with its majority Armenian population, was annexed to Azerbaijan during the Soviet era.
After the dissolution of the Soviet Union, Nagorno-Karabakh claimed independence from Baku as the Republic of Artsakh, backed by Yerevan, sparking a brutal six-year war.
The war ended in 1994, with Armenia initially victorious, although the Republic of Artsakh was never internationally recognized and existed for decades in legal limbo.
In 2020, Azerbaijan recaptured large parts of Nagorno-Karabakh in a second, far shorter conflict.
Under the terms of the ceasefire Armenia was forced to make major territorial concessions, including agreeing that access to Nagorno-Karabakh from Armenia could only be had via a corridor monitored by Russian peacekeepers.
That ceasefire has been broken several times since then, however.