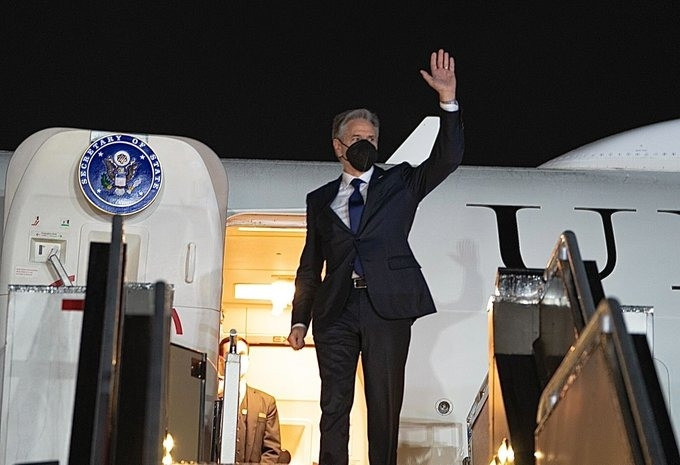 Manila, Aug 6
US Secretary of State Antony Blinken told the new Philippine President Ferdinand Marcos Jr that ties between the two countries were "extraordinary" during a visit to Manila on Saturday.
Stressing Washington's commitment to the two countries' joint defence agreement, Blinken said that the US was grateful to and looking forward to working with Marcos Jr's administration to "deepen" the alliance with the Philippines, reports dpa news agency.
This is Blinken's first trip to the Southeast Asian nation as Secretary of State.
"Our relationship is quite extraordinary because it is really founded in friendship" he said. "It's forged as well in partnership and it's strengthened by the fact that it's an alliance as well."
"The alliance is strong and I believe, we will all (be) stronger. We're committed to the mutual defence treaty. We're committed to working with you on shared challenges," he added.
Marcos Jr said recent regional and global tensions, such as the visit of US Speaker Nancy Pelosi to Taiwan and the war between Russia and Ukraine, highlighted the importance of the relationship between Manila and Washington.
"I hope that we will continue to evolve that relationship in the face of all the changes that we have been seeing and the changes between bilateral relations between us and the US," he said.
Marcos Jr said he saw the 1951 Mutual Defence Treaty, which commits the US and the Philippines to come to each other's aid in the event of foreign aggression, to be "in constant evolution".
"We can no longer isolate one part of our relationship from the other," he added. "We are too close."