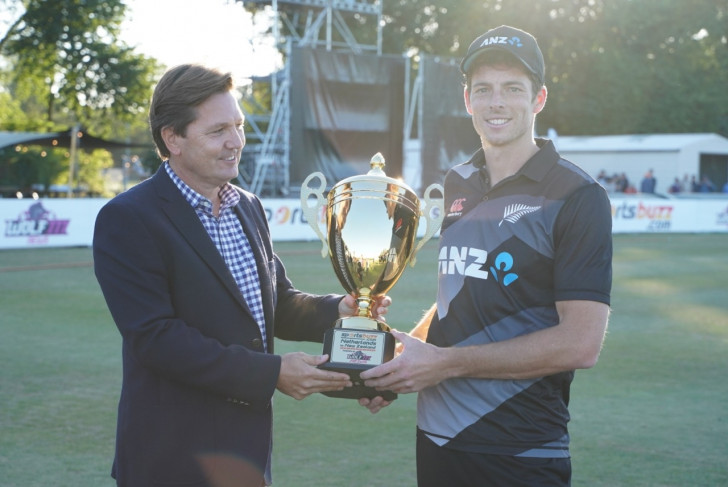 The Hague, Aug 6 : Led by unbeaten half-centuries from Mitchell Santner and Daryl Mitchell, New Zealand made a clean sweep of the two-match T20I series against the Netherlands at Sportpark Westvliet, defeating the hosts by eight wickets in the second match here.

With this big win, the Black Caps wrapped up their Europe tour with 11th consecutive victories. They had defeated Ireland 6-0 in the white-ball series, which was followed by a 3-0 sweep against Scotland in ODIs and now the 2-0 triumph against the Dutch.

Netherlands' Bas de Leede again came up with a fine unbeaten half-century as the hosts appeared to be giving themselves a fighting chance after winning the toss and electing to bat first. Thanks to de Leede's unbeaten 53, Tom Cooper's 26 off 17 and Scott Edwards' unbeaten 26 off 20, the Dutch scored a fighting 147/4 in their 20 overs.

The hosts gave themselves hope by taking two quick wickets -- Martin Guptill (2) and Finn Allen (13) -- before stand-in skipper Mitchell Santner (77 not out) and Daryl Mitchell (51 not out) took the game away.