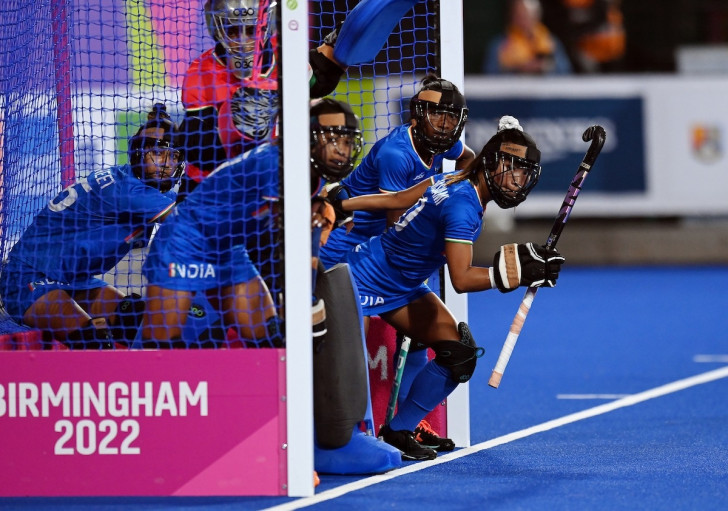 Birmingham, Aug 6 : Janneke Schopman, chief coach of the Indian women's hockey team, and goalkeeper Savita Punia have expressed their displease over the umpire's decision to make Australia re-take their first shot in the shoot-out after it was saved, in the semifinal clash at the Commonwealth Games here.


India goalkeeper Savita had saved the shot taken by Ambrosia Malone but the umpires soon stepped in and asked it to be re-taken as the timer had malfunctioned and did not start.

Australia took the shot again and this time they scored and went on to win the shoot-out 3-0, ending an impressive comeback by the Indian team, which had trailed 0-1 for a major part of the match before coming back to equalise and in the fourth quarter.

India skipper Savita said it is the first time in her decade-long international career that she had to face such a situation and said it is tough on the players.

"In my career, it's the first time that's happened... that we saved and they said the time is not on. This is not good for the players -- it's tough.

"We know this is part of the game," said Savita after the match.

Schopman was scathing in her comments and said, "People who don't understand sport who make those decisions".

"They (Australia) were fine, they understood that they missed. They can take 10 seconds for all I care. They weren't complaining, so I don't understand why you have to make that decision," Schopman said, blaming the 'pro-active' umpires for ruining her team's chances of winning the match.

With Savita having saved Malone's effort, the Indians had a good chance of scoring with their first shot to take the lead, and put pressure on the Australians. But that was not to be as they were rattled by the strange decision by the umpire and missed all their three shots.

The incident has become a talking point on the social media with many people including former India cricketer Virender Sehwag commenting on it. The incident is trending on Twitter with the hashtag #cheating.

"Penalty miss hua Australia se and the Umpire says, 'Sorry Clock start nahi hua'. Such biasedness (sic) used to happen in cricket as well earlier till we became a superpower. Hockey mein bhi hum hald banenge and all clocks will start on time. Proud of our girls (India flag)," Sehwag wrote in his tweet.

Former India hockey captain, Viren Rasquinha said the international hockey federation (FIH) really needs to get their act in order as such an incident has happened for the second time in a major tournament.

"The @FIHHockey really needs to get their act in order. Timers are basics. This is not an Under 10 school match. 2nd time in a year in major tournaments this happens. Our beautiful sport will lose its credibility & will lose many passionate fans if FIH continues to f*#$ up." Rasquinha said in his tweet.