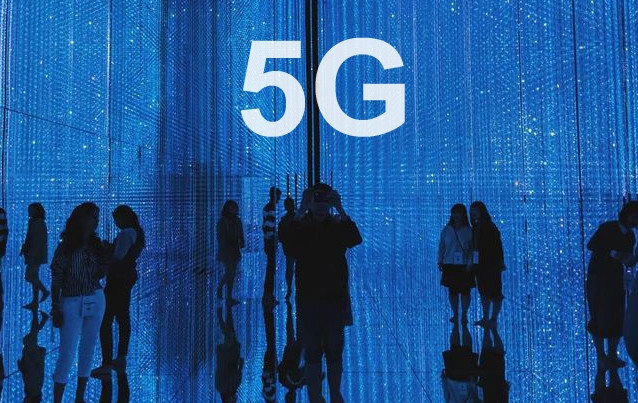 New Delhi, Aug 6 : With Jio likely rolling out standalone 5G, Bharti Airtel would be under pressure to have a similar network in the coming years, foreign brokerage BofA Securities said in a report.

"In our view, this raises the risk of Bharti acquiring 700 MHz in the next auction (pricing likely to be similar to this auction). Even capex investments should be higher - first to roll out NSA and then standalone 5G," the report said.

"We hence see 5G-related investments as likely to remain high for a couple of years. We consider 5G largely to be a duopoly between Jio and Bharti in the consumer space and expect both Bharti and Jio to emerge as dominant players even in the consumer space with bundled 5G offerings," BofA Securities added.

On a net basis, this will still lead to accretion of up to 2 per cent to intrinsic value. On the flip side, there is a potential for front-loading of capex in initial years, leading to higher cash outflow than initially expected. Further, with the peer winning more spectrum, especially in 700Mhz, this will create skepticism if the company eventually looks to build a portfolio of 700Mhz in coming years, implying higher debt, the report added.

ICICI Securities said in a report that Bharti is controlled in capital allocation. Bharti has maintained discipline in capital allocation for spectrum with purchase of 100MHz pan-India in C-band and 800MHz in 26GHz. It has also bought some spectrum in 900/1,800/2,100MHz to boost 4G capacity, or bought spectrum in advance for upcoming expires. The total payout for Bharti will be Rs 431 bn, and upfront payment is of Rs 22 bn; annual instalment after SUC savings (of Rs 22 bn) will be Rs 18 bn, which ICICI Securities believes will not strain the balance sheet much.

The company's net debt rises to Rs 1,550 bn post purchase of the spectrum, which should reduce by Rs 150 bn pending fund infusion from rights issue and Rs 50 bn from preferential issue to Google. Thus, the underlying net debt will be Rs 1,350 bn.

However, the key to watch is Bharti's timing to purchase 700MHz band spectrum, which, at current prices, will cost Rs 200 bn for 5MHz pan-India, and likely accelerated 5G capex (which poses a downside risk to our FCF estimates).

"We believe Bharti will stick to NSA-5G in the initial rollout," ICICI Securities said.

Bharti now plans to launch 5G services in every part of the country starting with key cities. It is convinced that its higher-quality customer base will adopt 5G devices at a rapid pace in the country.

Bharti is still not showing aggression in 5G deployment, but will competition push the company to change its stance, ICICI Securities asked.

The company's existing pool of spectrum is already the best in the industry, which means it does not need to spend any material sum on spectrum for many years to come.

Bharti has indicated that big investment in spectrum is behind, but 700 MHz purchase may require a relook, the report said.

Bharti has announced that it has signed 5G network agreements with Ericsson, Nokia and Samsung to commence 5G deployment from August 2022.

It has had a long-standing relationship for connectivity and pan-India managed services with Ericsson and Nokia while the partnership with Samsung will begin this year onwards.

Speaking about the agreements, Gopal Vittal, MD and CEO, Bharti Airtel said, "We are delighted to announce that Airtel will commence roll out of 5G services in August. Our network agreements are finalised and Airtel will work with the best technology partners from across the world to deliver the full benefits of 5G connectivity to our consumers. India's transition into a digital economy will be led by telecom and 5G presents a game-changing opportunity to drive the digital transformation of industries, enterprises and the socio-economic development of India."

Choice of multiple partners will enable Bharti Airtel to roll out 5G services spanning ultra-high-speeds, low latency and large data handling capabilities, which will enable a superior user experience and allow the pursuit of new, innovative use cases with enterprise and industry customers, the company said.