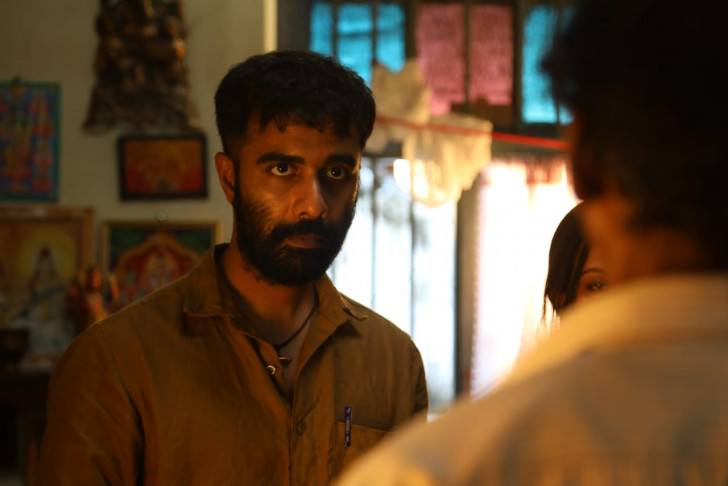 Chennai, Aug 10
Director Sivaganesh's 'Paraasakthi', featuring actors Veera and Pavel Navageethan in the lead, will have its world premiere at the Indian Film Festival of Melbourne this year.
Director Sivaganesh, who will be making his debut with this film, has been an associate director of Sudha Kongara and has worked on blockbusters such as 'Soorarai Pottru' (2020) and 'Irudhi Suttru' (2016).
Sources say the film 'Paraasakthi', which will also feature Suhasini Sanjeev among others, is about an actor aggrieved by the untimely death of his mother.
As he embarks on an emotional journey sparked by the loss, he turns up on set the same day and produces a performance that blurs the lines between reality and imagination.
When asked about the inspiration behind a film like 'Paraasakthi', Sivaganesh says, "There was no singular point of inspiration behind my film. What comes closest to an inspiration is the concept of metamorphosis - if a caterpillar can radically transform itself into a beautiful butterfly, why can't we?"
"It is a struggling actor's journey and I can't wait for the world to watch and understand what this means to the artist who rediscovers himself every day in front of the camera."
The producer of the film, Avinash Viswanathan, says, "It is an honour that the 13th IFFM 2022 will be Paraasakthi's world premiere. It marks the beginning of a very exciting journey and I would like to take this opportunity to express my gratitude to our director Sivaganesh, the entire cast and crew of the film - who have pieced this film together with lots of love and passion. A big congratulations to all the other films that are part of this year's festival."
Executive Producer Apoorva Bakshi also added, "Mitu's curation prowess is unparalleled and she is a guardian of great content, which is evident with the lineup of films in every edition. I can't wait to present the film to the audience in Australia!"
IFFM 2022 will be taking place, physically and virtually, from August 12-20 in person and August 13-30 virtually. It is one of the biggest Indian film festivals that takes place outside of India and is also the only Indian film festival backed by the Australian government.