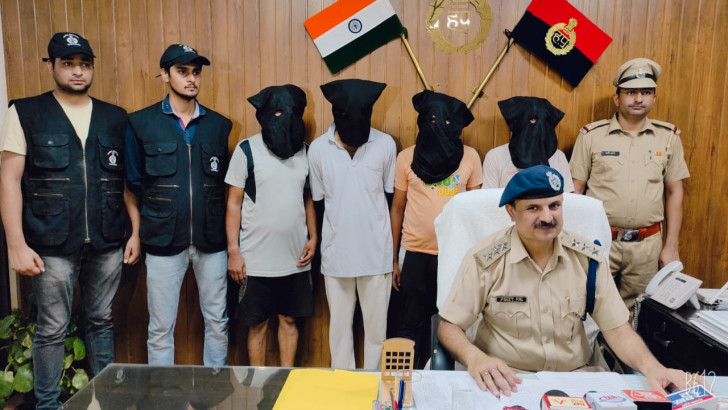 Gurugram, Aug 10
The Gurugram Police have nabbed five members of an inter-state gang for their alleged involvement in 50 chain-snatching cases in Visakhapatnam, Delhi, Uttar Pradesh, Haryana, Chandigarh, Punjab and Rajasthan.
Two gold chains and Rs 15,000 in cash have been recovered from their possession. The arrested persons have been identified as Randhawa alias Ganja, Sandeep alias Sanju, Deepak, Rakesh and Manoj.
"The accused had targeted two city-based women and snatched their gold chain from Sector 45 and Sector-56 area in June," said Preet Pal Sangwan, ACP (crime).
With their arrest, the police claimed to have solved as many as 50 cases of chain-snatching.