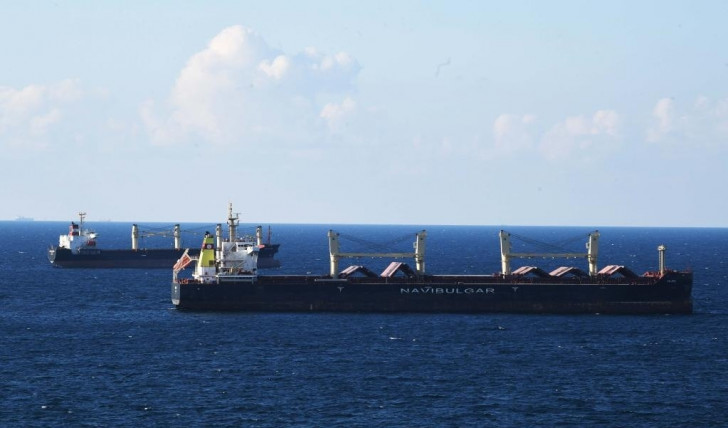 New York, Aug 11
The UN expects grain exports from Ukraine to increase following a deal reached between Moscow and Kiev, UN Export Coordinator Frederick Kenney said in New York.
"We have so far authorised 12 vessels to depart to Ukrainian ports, carrying more than 370,000 metric ton of grain and other foodstuff," Kenney added on Wednesday.
On Wednesday, a total of five ships were inspected, he said, a new high.
A number of ships are currently awaiting permission to travel to Ukrainian ports "and we're expecting to see a big uptick" in applications for transit, the Coordinator added.
In July, the warring factions Ukraine and Russia signed agreements with Turkey and the UN for the export of agricultural products and fertilisers from three Ukrainian Black Sea ports, the dpa news agency reported.
A dozen ships have since left the ports of Chornomorsk, Odessa and Pivdennyi with more than 370,000 ton of cargo.
After its attack on Ukraine at the end of February, Russia blocked the Ukrainian ports. Ukraine, on the other hand, had mined the approaches to the ports for fear of a Russian invasion.
Kenney said there have been no incidents that endangered the safety of ships.
There were also no abnormalities during the search of the ships. The inspections in Turkey are designed to ensure that no weapons are brought into Ukraine or that goods other than grain are not exported.
According to Kenney, cooperation between the representatives of Russia and Ukraine has been constructive.
"I've been extremely impressed with the level of cooperation and coordination that has been displayed," the Coordinator added.