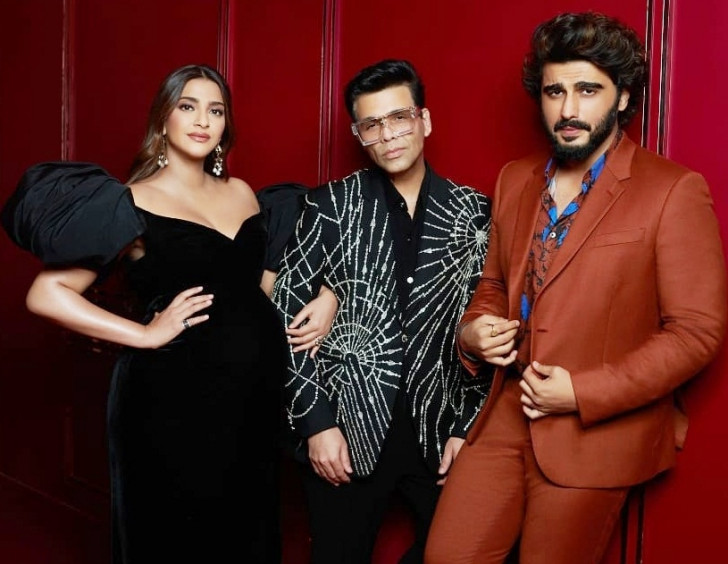 Mumbai, Aug 11
Bollywood actor Arjun Kapoor on the latest episode of 'Koffee With Karan' revealed that he has made out in planes and vanity vans.
During the iconic rapid fire round in the show, Karan Johar asked Arjun the "weirdest places" he has made out.
To which, Arjun replied: "Plane (bathroom), Vanity van."
Sonam made a grossed out face and said: "It's so dirty, germs in their bathrooms."
When asked about who should be in jail for taking wrong scripts, Arjun replied: "I would like to get out of jail now. I have selected quite a few wrong scripts."
Karan then asked Arjun which are the three actors he would like to go on a road trip with.
Arjun replied: "Ranveer, because you need entertainment, Ranbir because you need class with entertainment and Varun because you need to market the holiday really well."
Karan with a laugh said: "He takes care of social media."