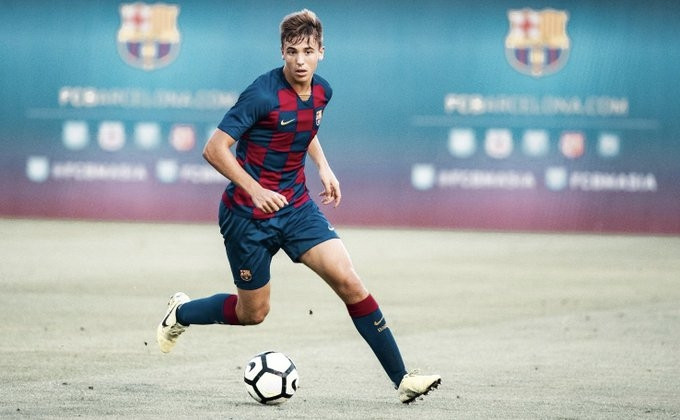 Madrid, Aug 11 : FC Barcelona midfielder Nico Gonzalez is on the verge of joining Valencia on a season's loan, according to Spanish sports paper El Mundo Deportivo.

The 20-year-old left Barca's training ground on Wednesday morning after saying goodbye to his companions and the club's technical staff and traveled to Valencia, where he will have a medical and be officially presented on Thursday.

Gonzalez made 37 appearances for Barca last season after being promoted from the club's B-team, but the signing of Franck Kessie, coupled with the progress made by 18-year-old Gavi and the return to fitness of Pedri, limited his chances of playing regularly with Barca this season, reports Xinhua.

The midfielder spoke to Valencia coach Gennaro Gattuso on Monday and the Italian assured that he would be given plenty of game time at the Mestalla Stadium.

Barca kicks off its season at home to Rayo Vallecano on Saturday, but Financial Fair Play issues mean they have still not been able to include their summer signings, Robert Lewandowski, Raphinha, Jules Kounde, Franck Kessie and Andreas Christensen into their squad.

ESPN has reported on Wednesday that both Kessie and Christensen have clauses in their contracts which say that if Barca has not been able to include them in their squad for the kick-off, the pair will be able to walk out and abandon the club for nothing.

Barca is expected to activate a fourth economic lever in the next two days in order to have all of their signings available against Rayo.