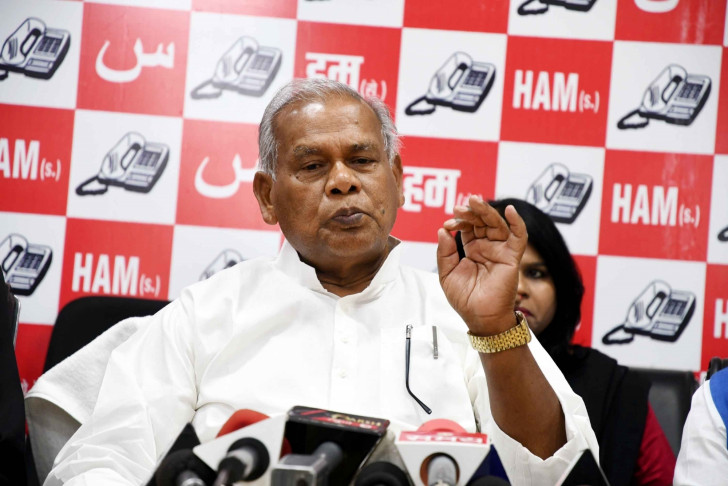 Patna, Aug 17
Former Chief Minister and the patron of Hindustani Awam Morcha (HAM), Jitan Ram Manjhi, said that 1 Anne Marg, the Chief Minister's residence, was earlier used to give shelter to the criminals and after Nitish Kumar took the charge of the state, such things did not happened here.
Manjhi's remark came following the cabinet expansion of the new Nitish Kumar-led Bihar government. He also said that the new government with the help of Mahagathbandhan was needed in Bihar.
"Nitish Kumar and Tejashwi Yadav will not take the burden of slander on their respective parties and the government. Hence, they will not allow crime and criminals to flourish in Bihar and give a tag of Jungle Raj. BJP is eyeing on the opportunity to target this government which these two leaders are well aware of," the HAM leader asserted.
"Keeping in view the 2024 Lok Sabha and 2025 Vidhan Sabha, the new government is formed in Bihar to challenge BJP. Both Nitish Kumar and Tejashwi Yadav came together at the right time and it is in the interest of common people. They will address the issues like unemployment, price rise, welfare of farmers, backward class people and Dalit communities; improve health and education system of Bihar. These are the challenges for them," Manjhi said.
"We are expecting that Nitish Kumar will give a stable and good government in Bihar," he said.
When asked whether Nitish Kumar is a Prime Ministerial candidate or not, Manjhi said that it's up to him to decide whether he wants it or not. However, in his opinion, Nitish Kumar is a better candidate for Prime Minister's post.