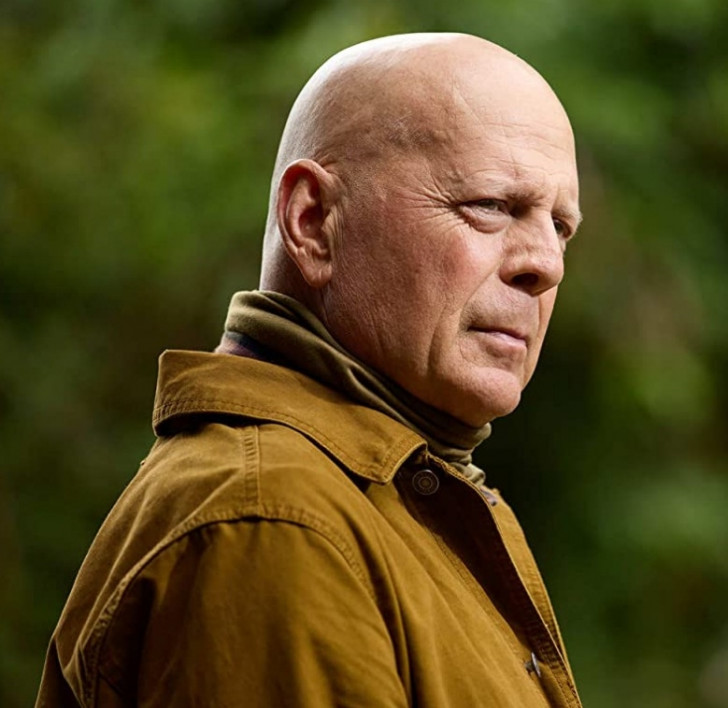 Posted by his wife Emma Heming-Willis on social media this week, the heartwarming clip shows him performing a tune with musician and family friend Derek Richard Thomas.

In the video, the 'Die Hard' star is sat at the bottom of the stairs playing a harmonica while his friend sings and plays guitar.

She captioned the post: "Their talent is speaking for itself. I'll just leave this here." She added on her Instagram Story, "Impromptu jam session with @derikrichardthomas"

Willis is no stranger to the world of music, having released 1987 album 'The Return of Bruno' and the follow-up "If It don't Kill You, It Just Makes You Stronger" two years later.

The 'Die Hard' star, who has been married to Emma since 2009 and also has eight-year-old Evelyn with her as well as Rumer, 33, Scout, 30, and Tallulah, 28, with ex-wife Demi Moore, was said to be "stepping away" from acting back in March due to his diagnosis and just months later, Emma, 46, said that she had been "struggling" with having to care for her husband full-time and it had "taken a toll" on her mental health.

She said: "When you put everyone's needs above your own, no one wins. I don't do this perfectly but I really am trying so I can be the best I can be for the people I love and adore. I struggle with making the time for self-care every day."

"I put my family's needs above my own, which I found does not make me any kind of hero."

"That amount of care for everyone else within my household had taken a toll on my mental health and overall health, and it served no one in my family."