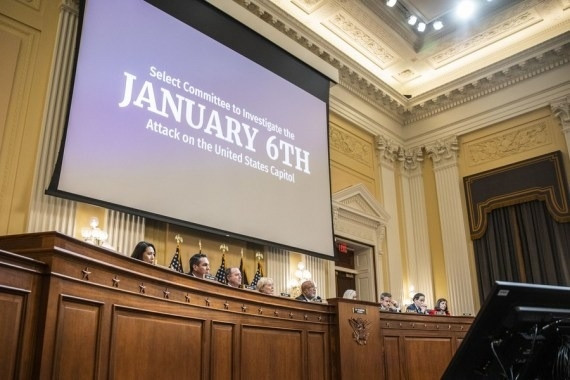 Washington, Sep 22
The House select committee investigating the January 6, 2021 attack on the US Capitol announced that it will hold a new hearing on September 28 as the panel is entering its final stages of its more than year-long probe into the insurrection.
The committee's Chair, Bennie Thompson told reporters at the Capitol on Wednesday that the panel has "substantial footage of what occurred ... (and) significant witness testimony that we haven't used in other hearings".
Without providing too many details, Thompson added that he will chair next week's hearing but, unlike the earlier ones, "every member of the committee will have a role".
He added that this hearing will be the panel's last.
Investigators held eight public hearings in June and July as part of the inquiry, which former President Donald Trump, a Republican, has denounced as a political "witch hunt" launched by Democrats, reports Xinhua news agency.
On January 6 last year, thousands of individuals -- mostly Trump's supporters -- stormed the Capitol in Washington, D.C., and disrupted a joint session of Congress to affirm the 2020 presidential election results.
Approximately 140 police officers were assaulted.
Authorities have linked at least five deaths to the mayhem.
It was the worst attack on the US Congress in more than 200 years and led to Trump's second impeachment by the House of Representatives shortly before his term officially ended.