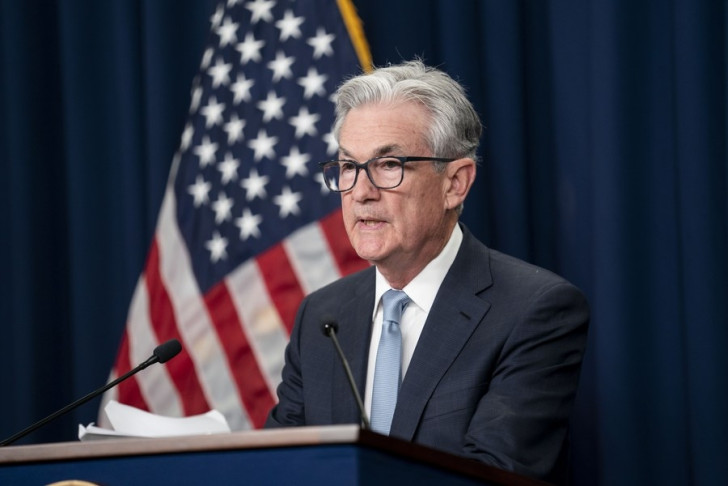 Mumbai, Sep 22 : The yield on the 10-year benchmark bonds rose sharply on Thursday during the afternoon trade after the US Fed hiked 75 basis points rate and hinted for aggressive rate hike in future, dealers said.

The rise in yields was also attributed to the uptick in yields on the US Treasury notes.

The US Federal Reserve raised rates by 75 basis points as expected and flags more hikes.

The Fed's new projections showed its policy rate rising to 4.4 per cent by the end of the year, before peaking at 4.6 per cent in 2023 to curb uncomfortably high inflation.

Rate cuts are not expected until 2024.

Fed Chair Jerome Powell said the bank needed to take much more aggressive measures to combat red-hot inflation, and was prepared to put some pressure on the economy and the job market as a result.

After the rate hike, the benchmark 10-year US Treasury yield jumped to 3.64 per cent, its highest level since 2011, while the two-year yield hit a fresh 15-year high of 4.13 per cent on Thursday.

Meanwhile, Brent Crude oil prices were trading at $90.85 per barrel.

Coming to impact on India, the Reserve Bank of India (RBI) is likely to raise rates by around 50 bps to minimize impact on the rupee and mitigate inflation import.

Given that the Fed is likely to continue raising rates in the November and December meetings by 75 bps and 50 bps, there could be some impact on Indian growth if RBI is forced to match the interest rate increases.

RBI might counter with increasing the rates but increasing liquidity at the same time, thus supporting growth.

"Indian GDP and corporate profits should continue being in strong positive territory despite expected rate increases. This is likely to continue being attractive to FIIs," said Vikas Gupta, CEO and Investment Strategist, OmniScience Capital.