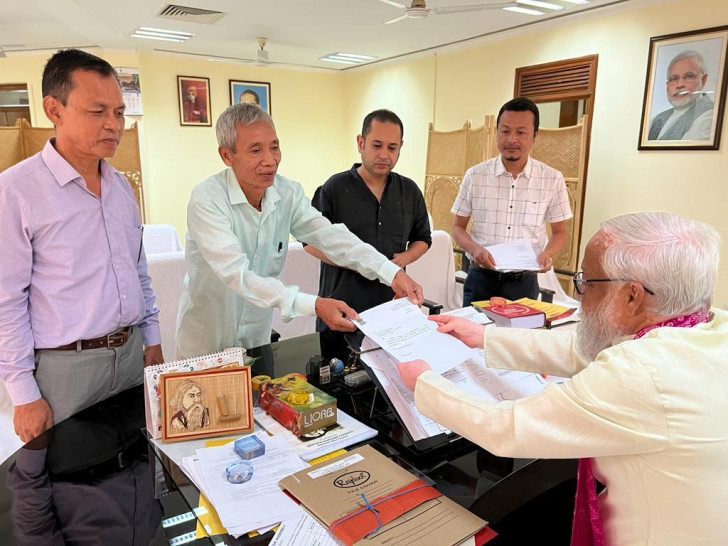 Deb Barman told IANS that Burba Mohan Tripura along with a senior BJP leader Gauri Sankar Reang, also a former Deputy Speaker of the Tripura Assembly, would join his party on Friday evening.

Burba Mohan Tripura, who was unavailable for comments, was elected to the state Assembly in the 2018 election from the tribal reserved seat Karbook in southern Tripura's Gomati district.

The BJP leaders, when contacted by IANS, refused to make any comments immediately.

Burba Mohan Tripura is the fourth BJP MLA to quit the Assembly since last year.

Earlier Ashis Das, Sudip Roy Barman and Ashis Kumar Saha also quit the party and the Assembly membership after open differences with former Chief Minister Biplab Kumar Deb, who resigned from the top post on May 14 following the instructions of the party's Central leadership.

Das joined the Trinamool Congress last year and quit the party in May this year while Roy Barman, also a former BJP Minister, and Saha joined the Congress in February this year.

Roy Barman was re-elected to the state Assembly for the sixth time in the bypoll in June on a Congress ticket.

After Burba Mohan Tripura's resignation, BJP's strength has reduced to 35 in the 60-member Assembly.