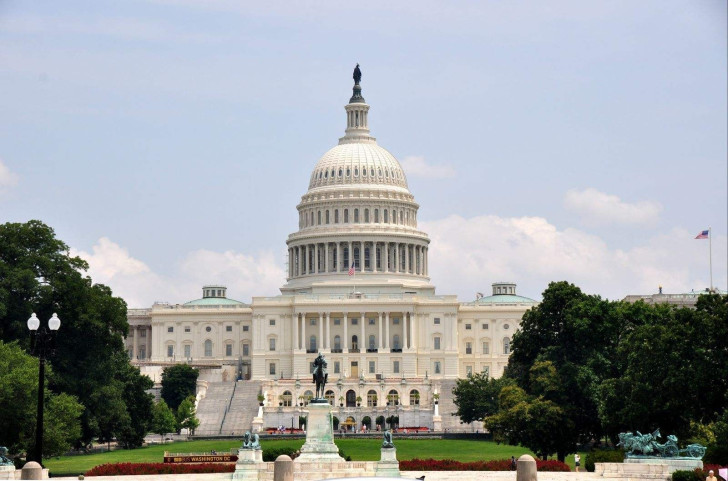 Washington, Sep 30
The US Senate approved a stopgap funding bill to fund the government through mid-December, ahead of a government shutdown deadline.
The upper chamber on Thursday voted 72-25 to clear the bill, which now goes to the House for its consideration. The so-called continuing resolution would prevent a partial government shutdown after the current fiscal year expires Friday night, Xinhua news agency reported.
Congress frequently passes continuing resolutions when lawmakers are unable to agree on appropriations for a new fiscal year before a deadline, and occasionally multiple continuing resolutions are necessary to fund the government for an entire fiscal year, according to the Committee for a Responsible Federal Budget, a budget watchdog group.
A continuing resolution temporarily funds the government in the absence of full appropriations bills, often by continuing funding levels from the prior year. But the newly approved stopgap measure included several provisions beyond funding the federal government's current operations, including $12 billion in aid to Ukraine.
The legislation also provides billions of dollars in disaster aid to support communities that are recovering from extreme weather. Some $20 million will be used to fix the water infrastructure in Jackson, Mississipi, where heavy rainstorms led pumps at the main water treatment plant to fail last month, leaving 150,000 people without safe drinking water.
The stopgap bill had previously been held up by disagreements over a proposal from centrist Democrat Joe Manchin, a senator from West Virginia, regarding federal permitting process for major energy projects. In the face of bipartisan opposition, Manchin had to drop the measure.