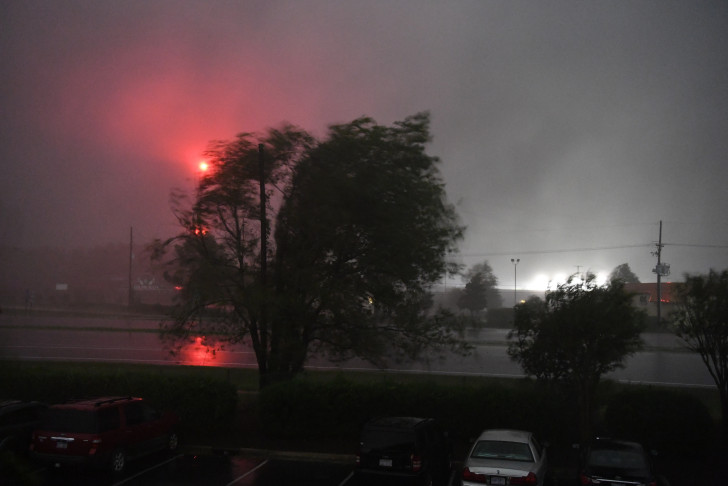 Washington, Oct 1 : Ian has made landfall as a Category 1 hurricane on the coast of the US state of South Carolina after carving a swathe of deadly destruction across Florida.

The landfall occurred at 2.05 p.m. on Friday near Georgetown, South Carolina, with maximum sustained winds of 140 km per hour, Xinhua news agency quoted the National Hurricane Center as saying in an update.

In coastal South Carolina, Ian has already ripped apart four piers and sent torrents of water flooding into neighbourhoods, including in the popular seaside city of Myrtle Beach, reports the BBC.

Nearly 200,000 homes and businesses in South Carolina were without power by Friday evening.

Ian made landfall in southwest Florida as a Category 4 hurricane on Wednesday afternoon, bringing catastrophic storm surges, heavy rains and destructive winds, and dangerous flooding to both coast and inland areas.

Florida Emergency Management Director Kevin Guthrie told reporters on Friday that there have been 21 deaths reported so far in the state due to Ian, while 1.6 million people still have no electricity.

According to the NHC, there was also a possibility that Ian could spawn tornados in North Carolina and Virginia as it blew towards the north.

Ian is expected to dissipate over either North Carolina or Virginia by late on Saturday.

President Joe Biden said from the White House on Friday afternoon that Hurricane Ian "is likely to rank among the worst in the nation's history".

"We're just beginning to see the scale of that destruction," Biden added. "It's going to take months, years to rebuild."

Hurricane Ian, however, was much less damaging than the Category five Katrina, which killed more than 1,800 people and wreaked $125 billion in damage when it slammed into Louisiana in August 2005.