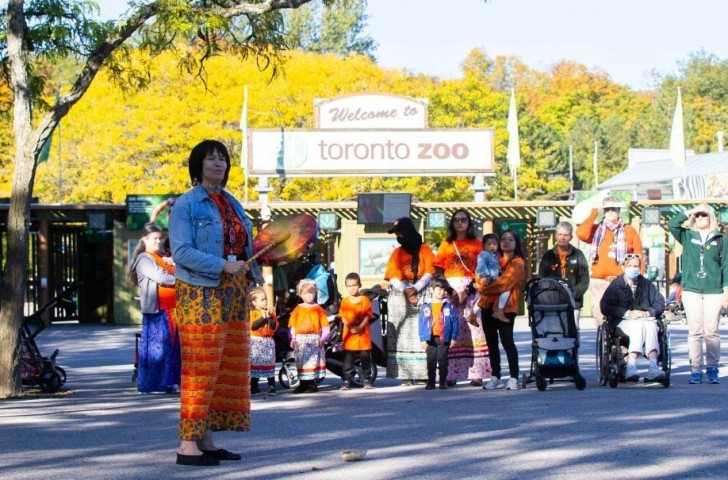 Ottawa, Oct 1 : Canada marked the second National Day for Truth and Reconciliation, honouring the children who died while being forced to attend residential schools, as well as survivors, their families and communities.

According to a statement issued on Friday by Prime Minister Justin Trudeau, at least 150,000 First Nations, Inuit, and Mtis children were forcibly removed from their families and communities between 1831 and 1998 to attend residential schools, where they had to abandon their languages, beliefs, cultures, traditions and identities, reports Xinhua news agency.

"The experiences and intergenerational trauma of these so-called schools continue to live on for Indigenous Peoples across the country every single day," said Trudeau.

"It is our shared responsibility to confront the legacy of residential schools and the ongoing impacts on Indigenous Peoples, so we can truly move forward together.

He said the government will continue to support "the painful but necessary work to locate unmarked graves, and to support survivors as they tell their stories".

In an interview with the local media, Assembly of First Nations National Chief RoseAnne Archibald said on Friday that the day was about residential school survivors as well as the children who never returned from them.

Governor General Mary Simon, an Indigenous person, said people wear orange shirts to show that every child matters, which is important to do because of how traumatic residential schools were to Indigenous children.

The locating of unmarked graves at former residential schools shocked and saddened Canadians, as it marked the first time many faced this stark truth.

For Indigenous Peoples across the country, it brought back painful memories as many have shared their stories for decades only to be ignored, the statement said.

Under the leadership of survivors, their families and communities, the government will continue working in partnership to support their efforts at their pace.