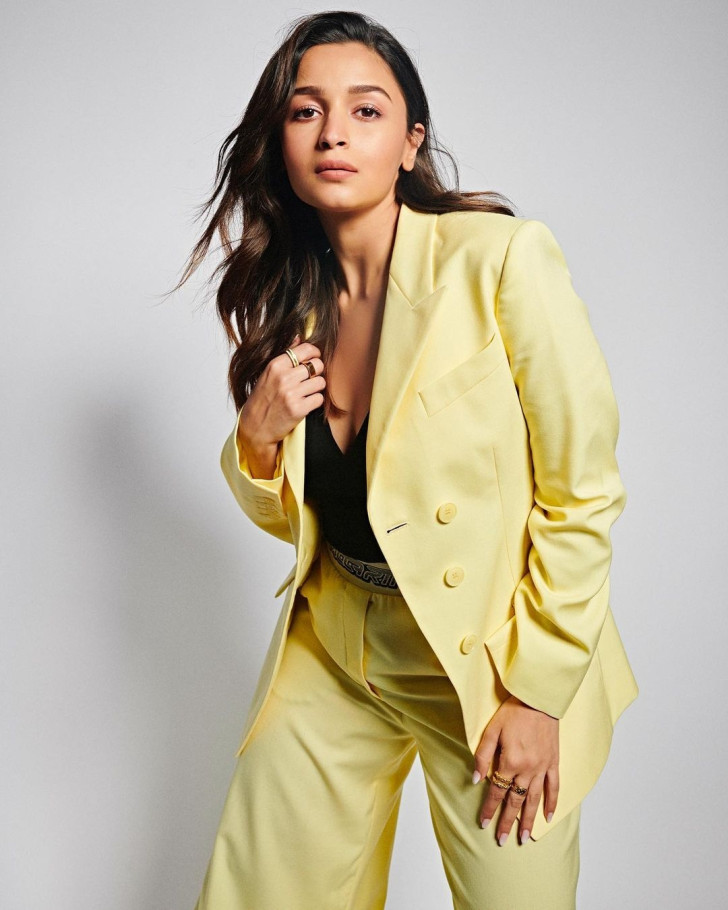 Mumbai, Oct 1 : Bollywood actress and mum-to-be Alia Bhatt, who made her debut as a producer with 'Darlings', said that she will set out goals with shows, movies, or podcasts to create content that connects with an extremely high emotional core and added that she wants to be a part of the process behind the camera.

Alia said: "It seemed to be financially the right thing to do. I wouldn't want to load the production and wanted to take a back-end perspective. That led me to realise how interested I am behind the camera. Ten years into this industry, I made my first movie, 'Darlings'. The experience has been so substantial that it has strengthened my motto to continuously grow."

She added: "Mine is still a boutique production house. I'll set out goals with shows, movies, or podcasts to create content that connects with an extremely high emotional core. I want to be a part of the process behind the camera," said Alia.

Talking about the salient features she looks for to collaborate with a brand, Alia said: "It's the brand value that has to make sense and match my purpose. At the end of the day, I won't wear an outfit that goes against my personality. Every collaboration boils down to a two-way relationship that works both ways. I have to believe in the brand and vice-versa. Without an authentic collaboration, the purpose will be defeated, and the audience will know that."

When asked about her style of investment, Alia stated that she keeps looking for demand gaps.

"Today, I launched Edamamma, a maternity line. What started out as a gap in my wardrobe, turned out to be my maternity line. I was noticing a certain style in maternity wear in general and wanted to bring my own style to it."