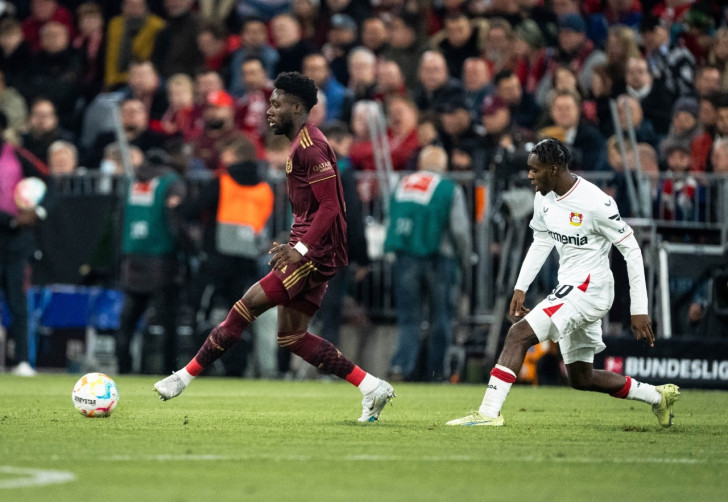 Berlin, Oct 1 : Bayern Munich returned to winning ways after crushing struggling Bayer Leverkusen 4-0 thanks to the goals from Leroy Sane, Jamal Musiala, Sadio Mane and Thomas Muller at the curtain raiser of the eighth round at Bundesliga on Friday.

The German giants caught a fairy-tale start on home soil and opened the scoring with just three minutes played as Musiala's defence-splitting pass found Sane, who beat goalkeeper Lukas Hradecky with a deflected shot from inside the box.

Leverkusen couldn't gain a foothold into the clash whereas relentless Bayern made it two with 17 minutes gone as Musiala got his name on the scoreboards after slotting home from tight angle, reports Xinhua. The "Werkself" eventually showed a sign of life at the half-hour mark as Moussa Diaby forced Bayern custodian Manuel Neuer into action before Robert Andrich headed over the target from promising position.

Bayern showed no mercy in front of the target and tripled its advantage just ahead of the break as Mane had all time and space to drill the ball from the edge of the box into the bottom right corner.

The German record champions remained on the front foot after the restart, but Hradecky was on guard to deny Mane and Matthijs de Ligt in quick succession.

Mane thought he had snatched a double strike, but the referee disallowed his goal due to a foregone foul play by teammate De Ligt in the 56th minute.

Leverkusen's best and last chance came in the 64th minute when substitute Amine Adli couldn't beat Neuer in a one-on-one.

Things went from bad to worse in the closing stages as Hradecky fumbled the ball inside the box, allowing Muller to put the 4-0 victory beyond doubt in the 84th minute.

"It is an important victory for us. We staged a satisfying performance. The early goal played into our hands, and we defended very well. We wanted to keep a clean sheet and that is what we did," said Bayern Munich head coach Julian Nagelsmann.