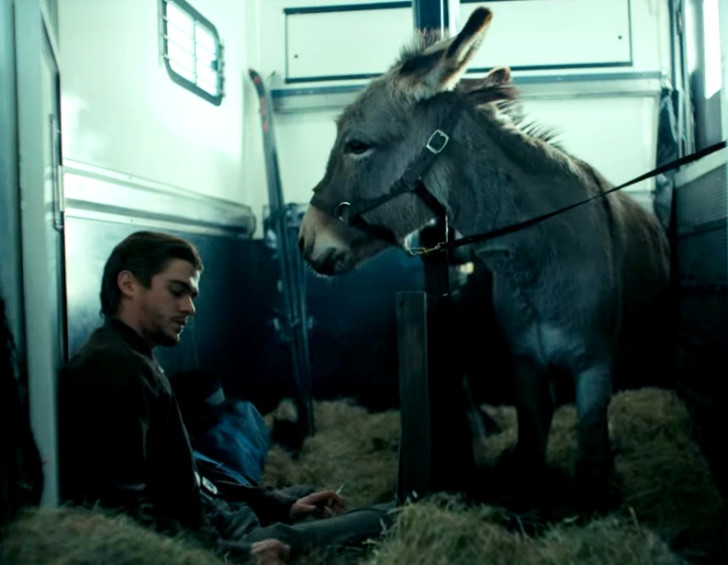 The film, which shared the Cannes Jury Prize with Felix Van Groeningen and Charlotte Vandermeersch's 'The Eight Mountains', shares a vision of modern Europe through the prism of a grey donkey, EO, who is torn away by animal activists from his beloved circus performer owner, and passed from hand to hand in the service of humans, reports 'Variety'.

On his life's path, EO meets all sorts of people and experiences joy and pain, as well as disasters and unexpected bliss.

As per 'Variety', Skolimowski is an animal lover. He saw 'Au Hasard Balthazar' soon after its 1966 release. "This was the lesson I got from Bresson," said Skolimowski, quoted by 'Variety'. "That an animal hero is able to move you even more than a human hero."

And indeed, the vulnerable EO is about as innocent a protagonist as they come, which makes the cruelties he endures by humans all the more abhorrent. Skolimowski warns, however, that he used six donkeys to portray EO in the film, and none were harmed in the production.