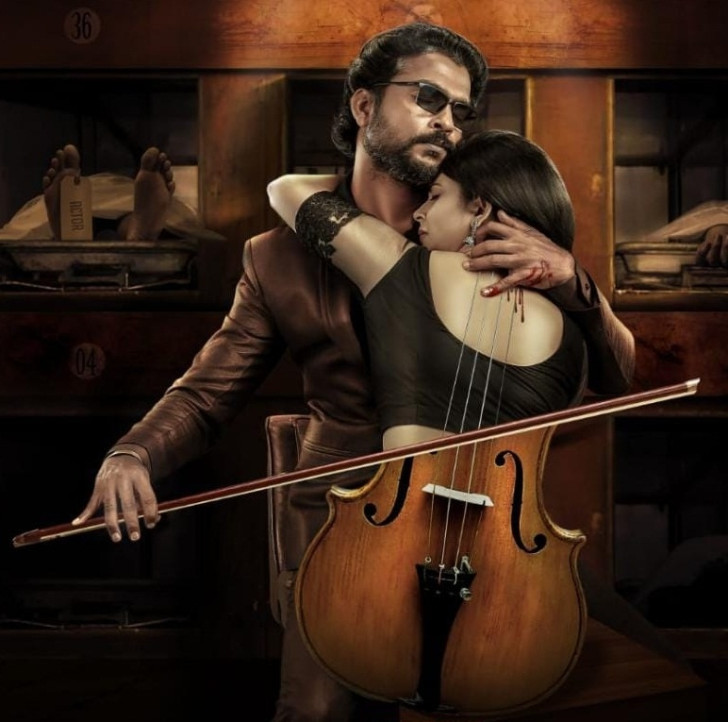 Chennai, Oct 7
Tamil star Vijay Sethupathi released the first look and motion poster of director Mathiraj Iyamperumal's upcoming crime thriller 'Ajinomoto' on Friday. The film is said to be based on the concept of a slow poison that at first seems enticing but has serious repercussions in the long run.

Talking about the film, director Iyamperumal says, "'Ajinomoto' is a flavour enhancer. But it is in fact a kind of poison that kills humans slowly. The story of 'Ajinomoto' has been conceived and crafted based on this concept of the cooking ingredient.

He further spoke about the duality of the film's characters, "Certain situations in this film will make some of the characters that appear in it look good at one point. But just like how the ingredient can cause great danger subsequently, these characters can indulge in actions that can cause difficult consequences."

"The consequences of their actions are severe and are interestingly and vividly explained by the screenplay of the film. When such experiences are narrated through a screenplay that gives audiences a bird's eye view, the audience is assured of a new kind of experience", the director added.

Produced by Sivaraj Panneerselvam and A Thamizh Selvan under the banner of Dattatrey Studios, the film has cinematography by K. Gangadaran and music by D M UdhayKumar.