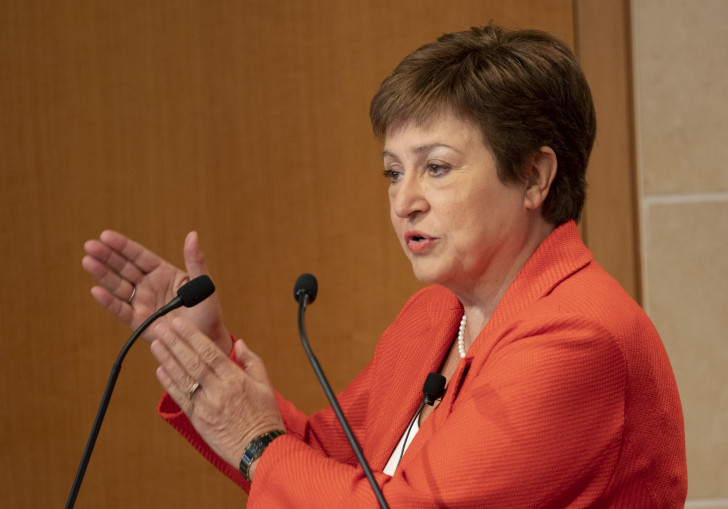 Minneapolis, Oct 7
The global economic outlook is darkening and the risks of recession are quickly rising as per the International Monetary Fund, which said it will once again lower its growth projections, CNN reported.
"We estimate that countries accounting for about one-third of the world economy will experience at least two consecutive quarters of contraction this or next year," said IMF managing director Kristalina Georgieva during a speech at Georgetown University. "And, even when growth is positive, it will feel like a recession because of shrinking real incomes and rising prices."
The IMF anticipates that the world could lose $4 trillion in economic output between now and 2026.
"This is the size of the German economy - a massive setback for the world economy," she said, CNN reported.
After global growth hit a 6.1 per cent annualized rate in October 2021 amid a strong recovery from the pandemic, estimates have since been regularly downgraded by the IMF. The global financial institution now anticipates growth to total 3.2 per cent this year and 2.9 per cent next year.
Those will be lowered again when the IMF releases its latest World Economic Outlook report next week, Georgieva said.
Georgieva described the world as being in a period of "historic fragility", traversing crises, including a pandemic, a monthslong war in Ukraine and harsh waves of extreme weather events that have combined to drive a dramatic and devastating surge in prices.
"In less than three years, we lived through shock, after shock, after shock," the Bulgarian economist said, CNN reported.
She urged policymakers to stay the course on fighting inflation, but cautioned that tightening monetary policy too much could hurl the globe into a prolonged recessionary period.
She also encouraged the governments to respond with targeted and temporary fiscal policies to help prop up their most vulnerable citizens while not adding to overall inflation, CNN reported.
"It is more likely to get worse than to get better," she said. "Uncertainty remains extremely high in the context of war and pandemic. There could be even more economic shocks."
World could lose $4 tn in economic output between now and 2026: IMF