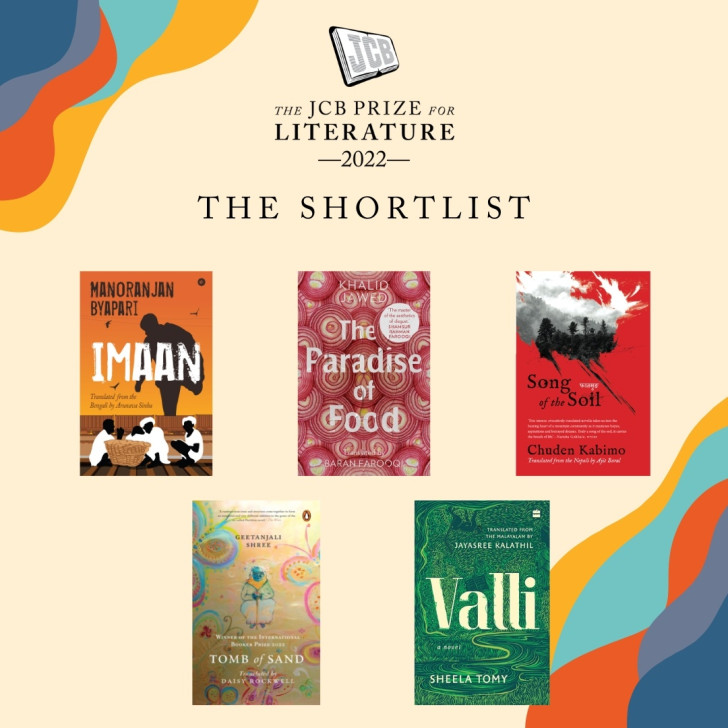 The shortlisted novels are:

* "The Paradise of Food" by Khalid Jawed, translated from Urdu by Baran Farooqi (Juggernaut)

* "Song of the Soil" by Chuden Kabimo, translated from Nepali by Ajit Baral (Rachna Books)

Sheela Tomy and Chuden Kabimo are debut novelists. The winner of the prize will be announced on November 19.

"Judging literature is a challenge," Jury Chair A.S. Panneerselvan saidunveiled the shortlist. From exploring new content and deploying various literary devices, authors constantly try to push the boundary. while unveiling the shortlist at the Glenburn Penthouse in an intimate gathering of authors, translators and the literary community of the city, adding: "Every step is crucial and every innovation is precious."

"However, when the final evaluation happened, these wonders of the mind gave space to the power of the heart, where empathy became the criteria for creating the shortlist. All the novels in the shortlist exemplify the idea of empathy, concern for fellow humans, and in a sense a worldview in which the head does not subsume the heart," Panneerselvan said.

Mita Kapur, Literary Director of the JCB Literature Foundation, said: "The fact that in the 5th year of the JCB Prize for Literature we have the most diverse shortlist yet, fills us with hope. This is a list that brings forth the many Indias across time and geography. This is truly representative of the spectrum of languages, authors and publishers that make up our industry, but most of all it represents the quality of excellent writing that India has to offer."