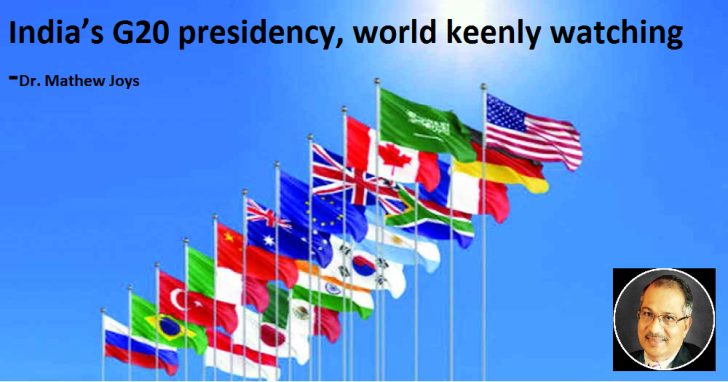 “Now is not an era of war”
A simple quotation is a saying that provides a better way of expressing things. They give you a more concise, memorable phrasing for an existing issue. This is especially true for this famous recent quotation by Indian Prime Minister Narendra Modi.
The resolution passed by the G-20 summit in Bali, Indonesia, on 15-16 this month ends the paragraph on the Russia-Ukraine war with the above-said simple quote. One of the things that the world is looking forward to regarding the Russia-Ukraine war is India's intervention in any way.
It is a proud moment for every Indian that India has assumed the presidency of G-20. India will organize G-20 meetings in various states and cities of the country. India's astounding diversity, inclusive heritage, and cultural richness are something everyone can experience.
Leaders of the world's Group of 20 (G20) nations ended a two-day summit on the Indonesian island of Bali on Wednesday, condemning a Russian invasion in Ukraine "in the strongest terms," among other highlights.
Most members strongly condemned the Russian invasion in Ukraine. They stressed that the aggression is "causing immense human suffering and exacerbating existing fragilities in the global economy - constraining growth, increasing inflation, disrupting supply chains, heightening energy and food insecurity, and elevating financial stability risks."
In the aftermath of the 2008 global financial crisis, developing countries chaired it only on four occasions — Mexico in 2012, China in 2016, Argentina in 2018, and Indonesia in 2022. India's presidency marks the fifth such occasion.
The Prime Minister also said that when India comes to the leadership of the G-20, it will have to face many issues such as 'conflicts arisen at the global level, economic recession, food and fuel price hikes, and the crises caused by Covid-19 that are still not going away.
Before assuming the G20 leadership position, India had formulated the Lifestyle for Environment (LiFE) project to deal with environmental issues. It aims to promote sustainable living as a global movement by the slogan
“One Earth, One Family, One Future”.
It is also noteworthy that it is from the short speech delivered by Prime Minister Narendra Modi after assuming the leadership of the G-20 group.
India is tasked with leading this conglomerate of global economic powers as the world goes through critical issues. Which issues should India prioritize? What approach would be different from what has been done so far? In which states and cities will the ministerial meetings as part of the G-20 summit be held? How G20 can bring in peace and stability in Ukraine?. So many critical questions are in front of India.
The G20, or Group of Twenty, is an intergovernmental forum comprising 19 countries and the European Union. It addresses major global economic issues, such as international financial stability, climate change mitigation, and sustainable development.
The members of the G20 are Argentina, Australia, Brazil, Canada, China, France, Germany, India, Indonesia, Italy, Japan, the Republic of Korea, Mexico, Russia, Saudi Arabia, South Africa, Turkey, the United Kingdom, the United States, and the European Union. Spain is also invited as a permanent guest.
I Hope India will call for further concrete actions to impart incredible momentum and impact to the efforts of the international community to recover together and recover stronger in the days ahead, with this opportunity bestowed by G20.
****************************************************************************