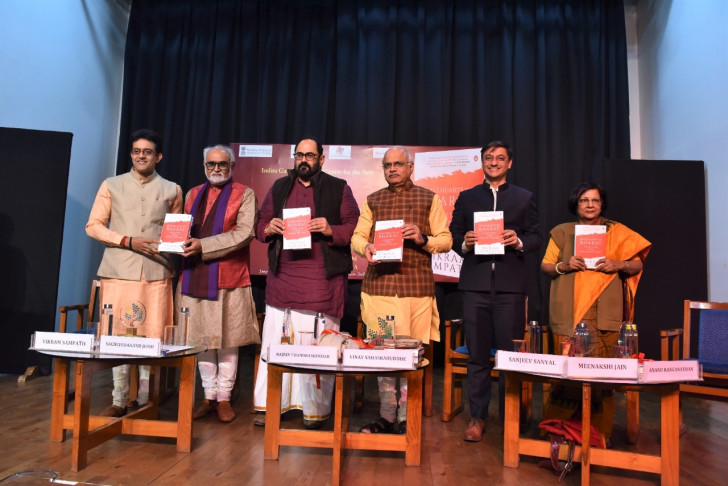 New Delhi, Nov 26
'Brave Hearts of Bharat, Vignettes from Indian History' by Vikram Sampath (Penguin), an anthology of 15 stories of men and women and their indomitable spirit of freedom and courage, was launched in the national capital on Friday.

Rajeev Chandrashekhar, Minister for State for Skill Development and Entrepreneurship and Electronics and Information Technology, was the chief guest on the occasion, and Vinay Sahasrabuddhe, ICCR President, Government of India, and Rajya Sabha MP was the guest of honour.

Speaking on the occasion, the chief guest said our learning of our history was bereft of heroes other than Gandhi and Nehru. Adding that a nation is judged by various narratives, and also marked by a pantheon of heroes, he

said, "This book is about reclaiming our history, one hero at a time."

Sahasrabuddhe, said, "It is truly an unputdownable book and provokes one to think about the past. The author has written a scholarly and popular work, which makes it a book of commendable balance."

Addressing the audience, Sachidanand Joshi, stressed that he was privileged to see youngsters at the event and that history has its importance and there is a need to revisit and re-invent it.

Sampath said that his dilemma was choosing the heroes --- who to choose for the book. Stressing the narrative of a defeatist nation needed to be challenged, something he had attempted through his work, he said, "This book has been written to occupy the mind space and bring the subaltern heroes to the mainstream."