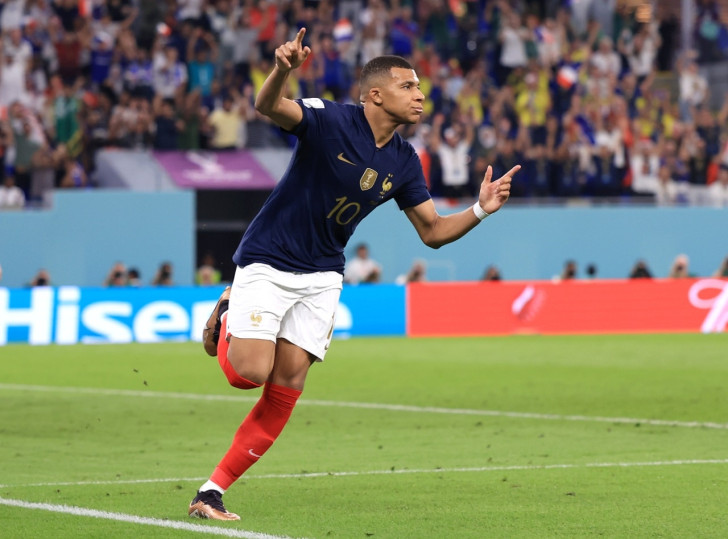 Doha (Qatar), Nov 27
Defending champions France became the first team to qualify for the knockout stage of the 2022 FIFA World Cup after their fighting 2-1 win over Denmark at Stadium 974 on Saturday.
With two successive wins, the first one against Australia (4-1), the French men now lead Group D with six points, leaving Denmark, Australia and Tunisia to fight for the remaining qualifying spot from the group.
Australia, which earlier in the day defeated Tunisia 1-0, are on three points while Denmark, which drew their first match against Tunisia, have one point in their kitty -- from one loss and one draw.
In the last round matches of the group, Tunisia meet France and Australia take on Denmark, which will turn out to be a winner-takes-it-all clash.
Kylian Mbappe scored both goals on either side of the half-time while Andreas Christensen scored for Denmark.
Mbappe scored in the 61st minute while Christensen equalised seven minutes later for Denmark only to find the Frenchman scoring again in the 86th minute to register his second goal of the match and the third of the tournament.