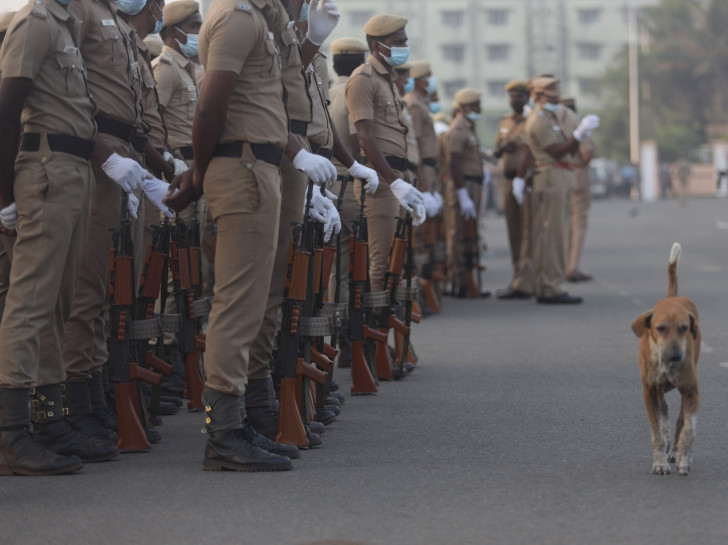 Chennai, Nov 27
The Tamil Nadu Police have directed the courier companies and parcel service companies in the state to deploy the services of trained sniffer dogs in their warehouses and godowns.
This comes after information emanated that the Coimbatore car blast case victim and the Mangalore blast case accused had procured several materials required for assembling explosives through online sites and had received the substances from courier companies.
The Coimbatore police had in a recent meeting of courier and parcel service companies directed them to use the services of sniffer dogs so that they can easily track the presence of narcotics and explosives.
The state police have also directed the e-commerce sites and online shopping sites to inform the department if someone orders explosive substances like potassium nitrate, ammonium nitrate, charcoal, or sulphur. These materials were bought by the Coimbatore blast accused Jameesha Mubin who died in the blast.
Police have also directed the courier and parcel companies that several gangs involved in smuggling drugs were using the services of such companies and called upon these companies to deploy trained sniffer dogs that can easily track the drug movement.
In Chennai, Madurai, Tiruchy, Coimbatore, and Salem cities, several cases had come up with couriers being used by drug traffickers to transfer deadly narcotics, including synthetic drugs like MDMA.
Senior officers of the state police and the Narcotics Control Bureau sleuths have also held a recent brainstorming session with the Indian Coast Guard and Coastal Police of Tamil Nadu to prevent the smuggling of drugs through sea as many international gangs, including former Tamil terror groups are resorting to smuggling of narcotics from Pakistan into Sri Lanka using the sea route.