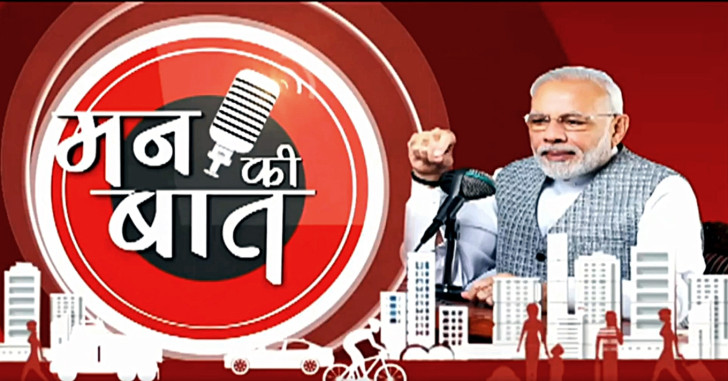 New Delhi, Nov 27
Prime Minister Narendra Modi on Sunday said that India will have to focus on global good and world welfare during its presidency of G20.
In his monthly radio broadcast 'Mann Ki Baat', the prime minister said that India was set to assume the presidency of G20 from December 1 onwards, which is a "big opportunity" for the country.
"The Presidency of G-20 has arrived as a big opportunity for us. We have to make full use of this opportunity and focus on global good, world welfare. Whether it is peace or unity, sensitivity towards the environment, or sustainable development, India has solutions to challenges related to these. The theme that we have given "One Earth, One Family, One Future" shows our commitment to Vasudhaiva Kutumbakam," Modi said in his address.
He further said that "in the coming days, many programmes related to G20 will be organised in different parts of the country. During this period, people from different parts of the world will get a chance to visit your states. I am sure that you will bring the diverse and distinctive colours of your culture to the world and you also have to remember that the people coming to the G20, even if they come now as delegates, are tourists of the future".
Referring to the recent launch of the country's first private rocket 'Vikram-S', Modi said, "On November 18, the whole country witnessed new history being made in the space sector. On this day, India sent its first such rocket into space, which was designed and prepared by the private sector of India. The name of this rocket is - Vikram-S. As soon as this first rocket of the indigenous space startup made a historic flight from Sriharikota, the heart of every Indian swelled with pride."
Vikram-S rocket is equipped with many features, he said, adding that it is also lighter than other rockets, and also cheaper.
"Its development cost is much less than the cost incurred by other countries involved in space missions. In space technology, World class standard at a low cost, has now become the hallmark of India. Another modern technology has been used in making this rocket. You will be surprised to know that some crucial parts of this rocket have been made through 3D Printing. Surely, the name 'Prarambh' given to the launch mission of 'Vikram-S', suits it perfectly. This marks the dawn of a new era for the private space sector in India," he informed.